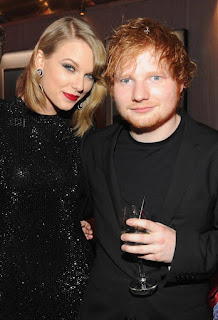 Taylor Swift and Ed Sheeran are about to put on a major show! The 28-year-old "Look What You Made Me Do" singer-songwriter and the 26-year-old "Shape Of You" crooner have been announced as headliners for the BBC's 2018 The Biggest Weekend, the BBC's largest live music event.

The event takes place between May 25-28 across four different United Kingdom locations, including England, Wales, Northern Ireland and Scotland.

Snow Patrol, Beck and Courtney Barnett are among the show's other performers.

Tickets will go on-sale to the public on February 12.