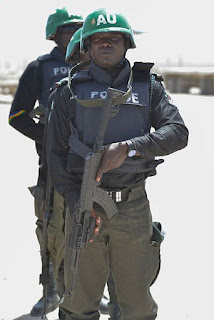 The four Americans and Canadians that were abducted by on Tuesday by gunmen suspected to be kidnappers have been released. Confirming the development to journalists on Saturday, State Commissioner of Police, Mr Agyole Abeh said the two foreigners were rescued by the police at Jere area in Kagarko Local Government Area the state.

The police boss also added that one suspect has been arrested in connection with the abduction of the four expatriates. Giving a narrative on how the rescue mission was initiated, CP Abeh explained that the kidnapped foreign businessmen were freed inside a Bush at about 6 am on Saturday morning. He also gave the assurance that the police were on the trail of the remaining suspects with a view to arresting them and bring them to justice.