Does an All-Star🌟 Draft Held in Private🤐 Make a Sound 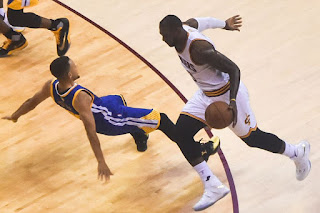 The draft to determine the rosters for the N.B.A.’s 67th All-Star Game, with LeBron James and Stephen Curry picking the squads as captains, shouldn’t merely be televised. It should happen at midcourt on live television just a few minutes before tipoff.

In the true spirit of the modern N.B.A., and the transactional frenzies it routinely spawns, LeBron and Steph should even be allowed to swing a trade or two after making their selections.

Sadly, though, you’re not about to witness any such deliciousness.

Instead, the East’s and West’s leading vote-getters are scheduled to hop on a conference call Thursday afternoon, joined by a limited number of league personnel who are all sworn to silence, so James and Curry can make their picks in secret. The results will be revealed Thursday night, but league officials are determined to take every step they can conjure to ensure that the pick-by-pick decisions made by both superstars are never uncovered.

The rules of the draft dictate that the respective winners of All-Star balloting in each conference, as captains, divvy up the other eight players selected as All-Star starters by votes from fans, players and media members. Once the starting lineups are in place, they’ll choose the 14 All-Star reserves, as selected by the coaches, one by one.

Yet it became clear in December that none of the potential draft drama anticipated by the basketball public would come to fruition, because none of us will be able to see the anguished looks on the faces of James and Curry when, say, they have to choose between a teammate and someone they’ve always wanted to play with from the other conference — o r the even more anguished faces of those waiting their turn to be chosen.