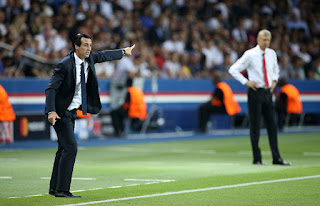 The site, unai-emery.com, had a single page with a message that read: "Proud to be part of the Arsenal family," with the manager's signature below and an Arsenal logo above.

Emery is set to be named the next Arsenal boss in the coming days and became available after leaving Paris-Saint Germain at the end of the 2017-18 campaign, having won the Ligue 1 title, two Coupes de France, two Coupes de la Ligue and two French Supercups during his two seasons in charge there.