Showing posts from February, 2018
Show All

Drowsy driving is a factor in almost 10% of crashes, study finds

- February 08, 2018
Drowsy drivers are a bigger risk factor in vehicle accidents than previously thought, according to a study published Thursday. And the problem gets worse when darkness falls. The research, carried out by the AAA Foundation for Traffic Safety, found that the "proportion of crashes in which drowsiness was evident was over three times as great during the nighttime hours," according to Brian Tefft, a senior researcher at the foundation.

The researchers continuously monitored more than 3,500 people from six locations across the US for several months between October 2010 and December 2013, using in-vehicle cameras and other equipment. Of 701 crashes the researchers studied, drowsiness was a factor in 8.8% to 9.5%.Sleepiness was also a factor in 10.6% to 10.8% of crashes resulting in significant property damage, airbag deployment or injury.

The study says US government statistics indicate that only about 1% to 2% of all accidents involve driving while drowsy, but research has sugge…
Post a Comment
Read more

- February 08, 2018
Nigeria’s female wrestlers have begun to prove their dominance in wrestling having won 10 medals at the ongoing Africa Wrestling Championships holding at the Alfred Diete-Spiff Civic Centre, Port Harcourt. The News Agency of Nigeria (NAN) reports that each of the 10 wrestlers, who represented the country in the cadet freestyle, won a medal in this category which ended late on Wednesday night.

Purity Akuh, Team Nigeria Female Coach at the competition, said that this record tells a lot about Nigeria and Nigeria’s Wrestling Federation. Akuh told NAN that it showed that they were putting so much effort i…
Post a Comment
Read more 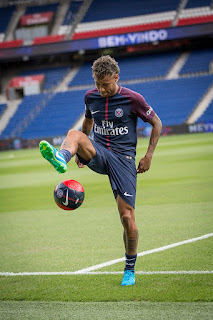 Real Madrid need the best players and should sign Paris Saint-Germain star Neymar, according to Brazil great Ronaldo.
Neymar made a world-record €222million move from Barcelona to PSG last year, signing a deal until 2022 with the Ligue 1 giants.
Despite that contract, the 26-year-old continues to be linked with a shock switch to the Santiago Bernabeu.
Ronaldo, who spent more than four seasons at Madrid, said his former club were always looking to sign the best, and that included Neymar.
"Neymar is a superb player, maybe he will be the best in the world in a few years, and Real Madrid need the best," he said on Wednesday, via Marca .
Despite the speculation, Ronaldo played down how close a potential Madrid move was for Neymar.
"I haven't heard any official representative of Real Madrid say anything about Neymar," Ronaldo said. 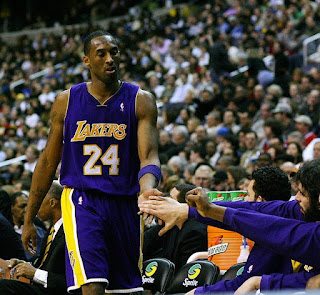 Kobe Bryant: "I Would Take LeBron James" Over Shaq

Kobe Bryant sat down with ESPN’s Jemele Hill in an exclusive interview touching on a range of topics, but, of course, one comment has the internet buzzing.
When discussing the new All-Star🌟 Game format, the Black Mamba, with no hesitation, said if he was a captain in an All-Star Draft back in 2005 he would not have drafted Shaq, because he wants LeBron James.
“Are you kidding me?”, exclaimed  the Black Mamba when asked if he would pick Shaq over LBJ.

Moments after reportedly being traded to the Los Angeles Lakers, Channing Frye shared a final farewell with Cleveland Cavaliers fans, as only he can.
Taking to his Instagram page, Frye thanked Cavs fans and the city of Cleveland. He then proceeded to warn his now-former teammates not to shoot 0⃣ of 6⃣ from 3⃣-point range, as he did in the Cavs' overtime win over the Minnesota Timberwolves on Wednesday night, or they too may find themselves …
Post a Comment
Read more

- February 03, 2018
In her first major speech since leaving office, former first lady Michelle Obama made an impassioned argument for the importance of educators in communities across the country, saying the example they set is "what makes America great."

Without naming President Donald Trump, Obama subtly acknowledged his effect on children and nodded to the "anxiety" in political discourse caused by his behavior.
"Our counselors and educators have a far bigger impact on our kids' lives than any president or first lady. ... You all serve as living, breathing examples of the kind of people they should aspire to be," she said, speaking at the School Counselor of the Year ceremony at the Kennedy Center, a collaboration between the American School Counselor Association and part of her Reach Higher initiative on higher education she spearheaded as first lady.

She added: "No matter what's going on right now, out there, all that noise, you know that our young people …
Post a Comment
Read more 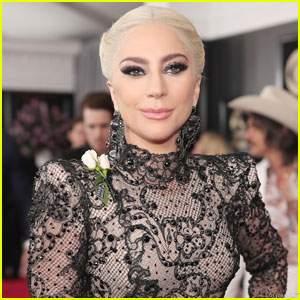 The 31-year-old entertainer took to her Instagram to reveal that she has been suffering from severe pain that has impacted her ability to perform live and has made the decision with her medical team to immediately halt touring.

“I’m so devastated I don’t know how to describe it. All I know is if I don’t do this, I am not standing by the words or meaning of my music,” Gaga wrote.

She added, “My medical team is supporting the decision for me to recover at home. We’re canceling the last 10 shows of my Joanne World Tour. I love this show more than anything, and I love you, but this is beyond my control…I promise I will be back to your city, but for now, I need to put myself and my well-being first. I love you, forever.”
Post a Comment
Read more

- February 03, 2018
Nigeria's top judge handling corruption cases against public officials has himself been charged with bribery, court papers showed Saturday. Danladi Umar was accused by the country's anti-graft body EFCC of demanding 10 million naira (22,300 euros; $27,800) from a suspect "for a favour to be afterwards shown to him in relation to the pending charge", according to court papers seen by AFP.

The embattled judge was also alleged to have received in 2012, through his personal assistant, the sum of 1.8 million naira from the same accused "in connection with the pending case before him", the papers revealed. Umar, who chairs the Code of Conduct tribunal, last year cleared Senate president Bukola Saraki of corruption charges linked to his time as a state governor.

Doubts about Umar's integrity grew further when the Senate president was cleared in June 2017 of the charges against him. The EFCC appealed the ruling and in December, a panel of judges ordered a retri…
Post a Comment
Read more

- February 03, 2018
A new study by the World Bank has revealed that 22 per cent of Nigerians, on average, are chronically depressed. The study looked at the first nationally representative estimates of chronic depression in Nigeria to shed light on how it may be linked to economic outcomes, such as Labour market and human capital investments, especially in heavy-conflict areas or for individuals or communities who have experienced shocks or deaths.

Chronic depression, according to the report, is strongly associated with adverse events, especially conflict, and these events are positively associated with chronic depression but their effects vary. “For example, less than 30 per cent of household heads who are affected by a family death or a community shock (such as droughts) are chronically depressed. This contrasts with more than 50 per cent of household heads affected by conflicts; this rate of depression is more than twice the national average,” it said. 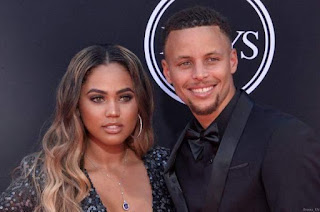 Golden State Warriors star Stephen Curry and wife Ayesha announced that they are having another baby.

The couple made the announcement on Friday on social media.

"Baby #3 Mood right here! Thankful for @ayeshacurry every single day for being the heartbeat and spirit behind our family," Steph posted Friday. "Better be ready for the R&R show."

Curry's post featured Ayesha dancing around with their two daughters and family dog. Riley is 5-years-old and Ryan Carson is 2-years-old.

Ayesha was sporting a shirt reading "preggers" in the videos. She posted a photo of herself on her social media accounts.

"Heyyyy how did this happen?! Curry party of 5. Feeling very blessed...and very sick. Yippie! #curryfor3," she wrote in the caption. 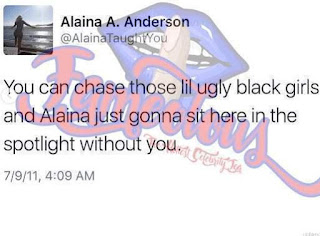 Earlier in the week, it was reported that during Derrick Rose’s sabbatical from the Cleveland Cavaliers at the start of the season, he actually used the time away from the team to elope with his current wife Alaina Anderson, who is actually pregnant with Rose’s newest child.

Remember when the former MVP has decided to take time away from the Cavaliers and weigh his basketball future, well reportedly he was just getting hitched. Derrick reportedly eloped with his longtime girlfriend Alaina, who is pregnant. Our insider explained, “Derrick and Alaina wanted to start their family as a married couple.” The wedding was small and private. At the time of his hiatus, former league MVP Rose claimed that he was taking personal time “to evaluate his future in the NBA ” and that his numerous injuries were “taking a toll on him mentally.”

Rose’s absence raised more questions than it ended up answering, as many fans began to again question D-Rose’s commitment to the Cavs.

Jay-Z Opens up About Fighting for His Marriage With Beyonce

- February 02, 2018
Hip-hop star Jay-Z talked candidly about his determination to save his marriage with singer Beyoncé, telling CNN's Van Jones that the couple had chosen to "fight for our love." When Jay-z appeared on the premiere episode of CNN’S the Van Jones show over the weekend, Jones did not hold back, in a particularly candid segment , Jay-Z was asked about his marriage to Beyonce and the infidelity that inspired much of her 2016 visual album lemonade as well as his own 4:44, which was nominated for album of the year at Sunday’s Grammy Awards.
The veteran rapper took time to encourage his own personal issues within the very public marriage, telling Jones , “if you haven’t experiment love and you don’t understand it, if you don’t have the tools to move forward , then you’re going to have complication. Period “He also noted that his choosing to “fight” for his marriage was an effort to “break the cycle” and give his children a different perspective on what marriage looks like.