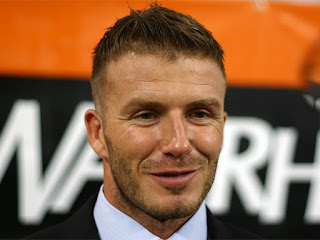 All three have played the game at some point growing up, with Brooklyn spending time within the academy system at Arsenal.

None, however, have taken to the sport like their iconic father did, with Beckham having enjoyed a glittering playing career, which also took in spells with the LA Galaxy, AC Milan and Paris Saint-Germain.

Beckham told BBC One's The Graham Norton Show: “Harper is playing every Sunday and loves it.

“The boys don't play and it's heartbreaking. They have a talent, but it's down to Harper now.”

Harper, whose middle name is Seven – the number worn by her father for United and England – is the youngest member of the Beckham family at just six years old.

While her willingness to embrace football has been welcomed by one of her famous parents, a man who worked under the likes of Sir Alex Ferguson and Fabio Capello during his playing days admits that he sometimes finds passion on the sidelines difficult to contain.