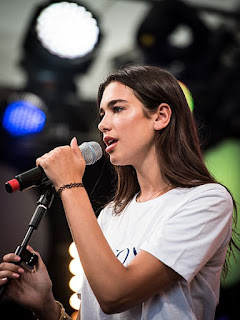 Liverpool will take on defending champions Real Madrid at NSC Olimpiyskiy Stadium on May 26, with sponsors Pepsi presenting a pre-match ceremony.

And Dua Lipa will make an appearance, performing songs from her self-titled album, including IDGAF and New Rules.

"I was honoured to be asked by UEFA and Pepsi to perform at the UEFA Champions League final opening ceremony - it's a once in a lifetime opportunity," she said in a statement. "I can't wait to get in front of the fans and be part of such an exciting event. I'm planning to put on an unforgettable show."