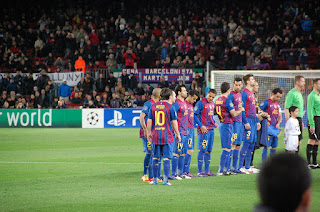 Barcelona's bid to complete an unbeaten LaLiga season capitulated in astonishing circumstances as Ernesto Valverde's champions collapsed to a 5-4 defeat at Levante.

Unheralded Ghanaian forward Emmanuel Boateng was the hero for home side as he doubled his tally of goals in Spain's top flight with a hat-trick.

Enis Bardhi, who hit the post in between Levante's first two goals, found a pair of sublime finishes amid the chaos and Boateng making a claim for the matchball.

Coutinho led the Barca fightback by completing a treble of his own and Luis Suarez's 71st-minute penalty had Paco Lopez's men on unsteady legs.

Suarez missed a glorious chance to equalise and Levante full-back Antonio Luna almost put through his own goal but the invincible dream perished at a raucous Ciutat de Valencia.