Michael Phelps : Extremely Thankful That I Didn't Take My Life 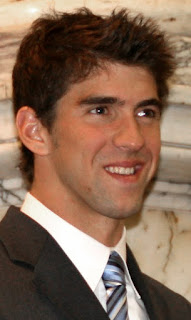 Far from the familiar waters of an Olympic pool, swimmer Michael Phelps shared the story of his personal encounter with depression at a mental health conference in Chicago this week.

"You do contemplate suicide," the winner of 28 Olympic medals told a hushed audience at the fourth annual conference of the Kennedy Forum, a behavioral health advocacy group.

"I was always hungry, hungry, and I wanted more," said Phelps. "I wanted to push myself really to see what my max was."

Intensity has a price.

"Really, after every Olympics I think I fell into a major state of depression," said Phelps when asked to pinpoint when his trouble began. He noticed a pattern of emotion "that just wasn't right" at "a certain time during every year," around the beginning of October or November, he said. "I would say '04 was probably the first depression spell I went through."

That was the same year that Phelps was charged with driving under the influence.

Phelps goes on to describe how he decided to get help and gives insight into his therapy sessions that helped him fight depression.