Ragnar Klavan proved Liverpool's saviour as his stoppage-time header capped a dramatic finale to secure a 2-1 win at Burnley on Monday.

The Reds were shorn of two members of their 'fab four' at a sodden Turf Moor, with Philippe Coutinho and Mohamed Salah missing while Roberto Firmino started on the bench as Jurgen Klopp sought to manage his resources amid a hectic festive schedule. 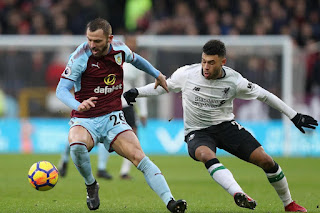 Coutinho's absence sparked further speculation surrounding his potential move to Barcelona although Klopp insisted the Brazilian had been ruled out with a thigh injury.

Salah, who scored twice in Saturday's 2-1 win over Leicester City to take his Premier League tally to 17, was missing with a groin problem although Liverpool described both his and Coutinho's ailments as "minor" with the Reds due to welcome fierce rivals Everton to Anfield in the FA Cup third round on Friday.

Sadio Mane's stunning finish just past the hour put Liverpool ahead but it looked as though Burnley had secured a share of the spoils when Johann Gudmundsson stooped to head in at the far post in the 87th minute.

But in the fourth minute of time added on, Dejan Lovren headed back across goal and Klavan raced in to nod home from practically on the goalline and ensure Liverpool were not left to rue their key absentees. 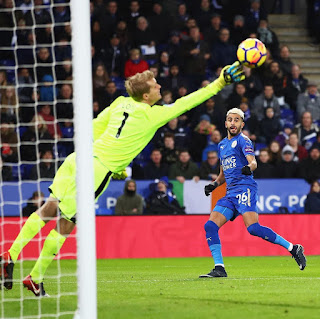 Two instances of individual brilliance from Riyad Mahrez and Islam Slimani helped Leicester City to a 3-0 win over Huddersfield Town at the King Power Stadium on Monday, ending the hosts' four-match winless run.

Leicester struggled over the festive period and went into 2018 on the back of successive league defeats, but Mahrez and Slimani scored excellent goals early in the second half to stop the rot in their first New Year's Day home game since 2013, when they beat Huddersfield 6-1 in the Championship.

Marc Albrighton, who provided the assist for Mahrez's opener, added a third late on, after Adrien Silva had been introduced for his belated Leicester debut.


Goretzka transfer to Bayern not done yet - Schalke 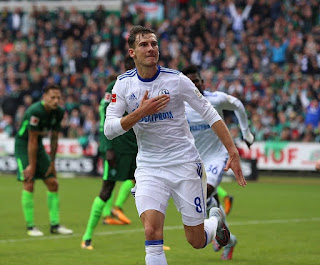 Leon Goretzka has not told Schalke he will leave the club amid mounting speculation the Germany midfielder will join Bayern Munich.

Goretzka is out of contract at the Veltins Arena at the end of this season and has been linked with a host of leading European clubs, including Liverpool and Juventus.

Bayern appear to have stolen a march in the pursuit of the 22-year-old, with Marca and Sport Bild reporting on Sunday he had opted to join the Bundesliga champions ahead of Barcelona.

But Schalke's sporting director Christian Heidel told Sport 1 there is no done deal to discuss at this stage.

"Leon has not informed us so far that he has decided to leave us," Heidel said.

"I trust Leon and his agent, with whom I was in contact yesterday [Sunday]."

“There doesn’t exist a deadline, but I think we are in the final phase.


“The final decision will be made in January.” 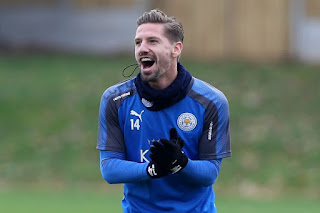 Portugal international Adrien Silva is finally free to play for Leicester City - four months after agreeing to join the club from Sporting CP.

Silva, 28, looked set to join the Foxes on deadline day last summer as a replacement for Chelsea-bound Danny Drinkwater, but the paperwork from his transfer arrived 14 seconds late.

However, the France-born playmaker has now been officially registered following the start of the January transfer window and he is looking forward to putting a difficult few months behind him.

Speaking to Leicester's club website, Silva said: “It’s been very frustrating, but now the difficult times are past me and now I’m very happy to be close to my goal.

“I’ve been working hard every day to arrive at this moment and I’m in good shape."

Modric equals Suker with Croatian Footballer of the Year win 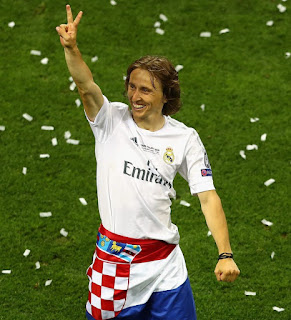 Real Madrid star Luka Modric has been named Croatian Footballer of the Year for a record-equalling sixth time, pulling level with the great Davor Suker.

Modric will lead his nation at this year's World Cup, having skippered their play-off victory over Greece and scored the opening goal in their 4-1 first-leg win.

The playmaker remains a mainstay of Real Madrid's team, helping them to a LaLiga and Champions League double in 2017. Modric was also named Player of the Tournament as Zinedine Zidane's side won the Club World Cup in December.

The 32-year-old has made 12 LaLiga appearances thus far this season, with Real fourth in the Spanish top-flight, 14 points behind leaders Barcelona. 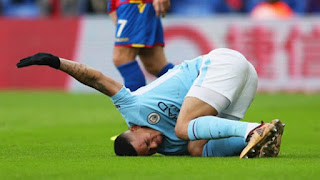 Manchester City striker Gabriel Jesus faces up to two months out after suffering an injury in the goalless draw at Crystal Palace.

The Brazilian was forced off midway through the first half at Selhurst Park with a problem in his leg and manager Pep Guardiola confirmed he faces several weeks on the sidelines.

There is also concern over Kevin De Bruyne after he was stretchered off in the closing moments following a rash challenge from Jason Puncheon, and Guardiola said he is a doubt for the clash with Watford in two days time.

"Gabriel will be out for a little bit more than one month, hopefully," the Spaniard said.

"Kevin, we will see tomorrow what he has; whether it's just a kick or something else. Hopefully just a huge kick but maybe he will not be ready for the Watford game.

"We were lucky (with challenges) in previous games. I admire the physicality of the Premier League but the referee has to protect the players - that's all I ask. Hopefully it won't be tough." 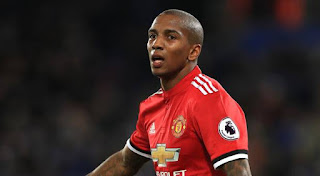 Manchester United's Ashley Young has been given a three-match ban by the Football Association (FA) after he accepted a charge of violent conduct.

Young appeared to elbow the Southampton's Dusan Tadic in the stomach as they jostled at a corner during the second half of the 0-0 draw at Old Trafford on Saturday.

The 32-year-old accepted the charge, but his argument that the length of the suspension was excessive was rejected by an FA regulatory commission.

"Ashley Young will be suspended for Manchester United's next three matches," the FA confirmed in a statement.

"He accepted a violent conduct charge following an off-the-ball incident during yesterday's game against Southampton, but argued the suspension was excessive. This was rejected by a Regulatory Commission."

The FA has also issued a three-game ban to Swansea City's Kyle Naughton after he was seen apparently stamping on Watford striker Stefano Okaka in their 2-1 win at Vicarage Road. 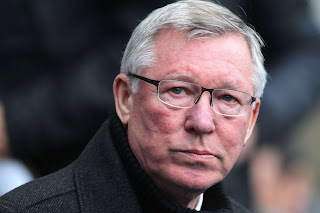 Wenger is widely seen as the last of a dying breed, having managed the Gunners for more than 20 years, into an era that has seen sackings become much more commonplace.

"I applaud Arsene on surpassing my record of managing 810 Premier League games," Ferguson said via the League Managers' Association.

"It is a fantastic milestone which has required the highest standards of dedication and professional management to achieve. I doubt his record, whatever it turns out to be, will ever be beaten.

"Congratulations on a truly remarkable career and great service to football and Arsenal FC."

Guardiola predicts Sanchez will stay at Arsenal in January Pep Guardiola expects Alexis Sanchez to remain at Arsenal in January despite the Manchester City coach predicting Gabriel Jesus will be out for up to two months.

The Chile star, who is about to enter the last six months of his contract, was strongly linked with a move to City at the start of the season and appeared to be on the verge of a late switch before the transfer window closed.

Sanchez was reported to have been disappointed that a move failed to go through, but speculation ever since has suggested that the two parties will eventually link up, either in January or at the end of the season. 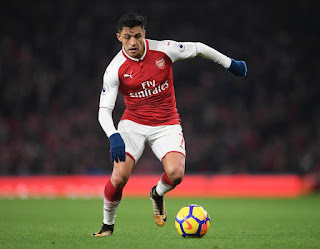 But Guardiola does not see Sanchez leaving Arsenal in the coming weeks.

"I don't know," he told reporters when asked if another City move for Sanchez was on the horizon.

"He is a player for Arsenal and I think he is going to stay there. We will have internal meetings and see what is for the best [in terms of transfers], but he is an Arsenal player and I think he will be [staying there]."