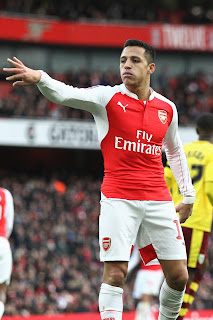 Chelsea are making a late play for Alexis Sanchez, and have made the player and his representatives aware of their interest. While those close to the deal still believe Manchester United are likely to complete the signing, negotiations with Arsenal have been "complicated" and negotiations are considered only 75% complete.

One issue is whether United pay the full £35m or Henrikh Mkhitaryan goes the other way, but he would prefer a return to Borussia Dortmund and there is still some distance in wage positions between the Armenian and the Emirates hierarchy.

Manchester City have now pulled out of any negotiations. It is understood that Arsenal initially asked for Anthony Martial plus cash, but that was a non-starter for United. They now want £30m plus Mkhitaryan.