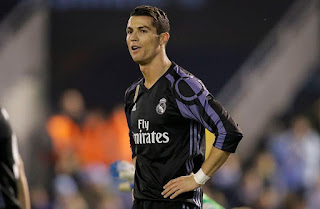 The Portuguese has seen his high standards slip in the Spanish top-flight this season, along with a number of his team-mates.

Real appear to have already surrendered their domestic crown, with their talismanic forward contributing just four goals to the cause.

Former Blancos striker Mijatovic told Marca on claims the 32-year-old has been left frustrated by Real’s reluctance to offer him salary parity with Barcelona rival Lionel Messi: "The situation needs to be well evaluated at the end of this season.

"These things must be talked about and if he [Ronaldo] is not happy then he has to say so.

"I don't see Ronaldo as being sad in the Champions League, but I do see it in La Liga.

"That has nothing to do with his wages.