- January 03, 2018
Bellerin late goal rescues point for Arsenal in a very entertaining match at the Emirates 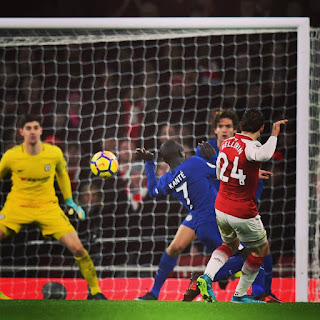 After playing a 1-1 draw against West-brom at the weekend the Gunners were looking to get back to winning ways after a frustrating game , the Arsenal side were without their key defenders with Calum chambers and Rob holding coming in replacement  of the absentees, the game had loads of captivating moments wsith both the team going against each other from the start of the whistle to the finish.

Waves of chances coming in the first half with Alexis Sanchez hitting the post and Alvaro Morata missing a glorious chance.

The second half saw the Gunners get into the lead after Jack Wilshere fired a shot pass Thibaut Courtios, the Blues came back after referee Anthony Taylor adjudged a penalty to the Chelsea side after bellerin foul on Eden Hazard in the box.

A fine cross from substitute Zappacosta which Marcos Alonso tucked in perfectly well after the Arsenal defense was caught ball watching. it looks the game was heading for a Chelsea win a 92nd minute equaliser from Hector Bellerin did help the Gunners rescue a point.

Liverpool to demand at least £130m from Barcelona for Philippe Coutinho 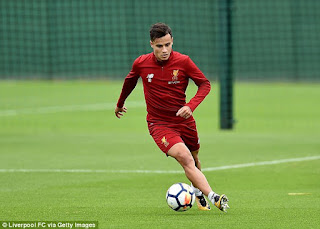 Philippe Coutinho hopes to complete a long-proposed move to Barcelona this month but it will take the second highest transfer fee in history for Liverpool to consider selling the Brazil playmaker.

Liverpool rejected three bids from Barcelona in the summer, the third worth up to €130m (£119m) and including €40m (£36.6m) in add-ons, with Jürgen Klopp stating the 25-year-old was not for sale. That stance has softened recently and Coutinho’s representatives have continued to explore the possibility of Liverpool sanctioning their client’s departure to the Camp Nou.

Coutinho remains determined to join the La Liga leaders and, while a deal could be struck this month that would allow him to move in the summer, his preference is for a January departure.

The former Internazionale midfielder has responded impressively to his disappointment of the summer, when he had a transfer request rejected and missed the first few games of the season with a back injury. He has scored 12 goals in 20 appearances and has played a significant role in their progress to the Champions League knockout stage.
Despite his wishes, Liverpool have yet to receive another offer from Barcelona and remain in a strong position over Coutinho’s future. He is under contract at Anfield until 2022 and has no release clause in the £150,000-a-week deal he signed only 12 months ago. 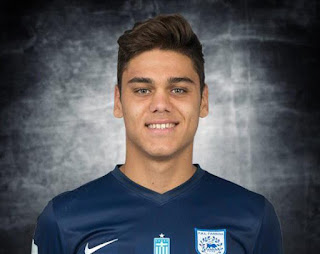 Arsenal are closing in on the signing of centre-back Konstantinos Mavropanos from PAS Giannina for a fee in the region of £2million.

The 20-year-old broke into the Super League side's first-team towards the end of the season before cementing his place in the starting XI this term, but has already attracted interest from Greek giants Olympiakos and the Premier League side.

And it is the Gunners who are closest to signing him in the January transfer window due their new chief scout Sven Mislintat having close links with the player's agent from his time at Borussia Dortmund.

Mislintat, who identified and scouted the player, is expected to focus heavily on bringing the best young players to Arsenal and Mavropanos' arrival is likely to see him immediately loaned out to Bundesliga side Werder Bremen.

Mavropanos would follow his compatriots Panagiotis Retsos and Sokratis Papastathopoulos to Germany where the hope is that he develops into a ready-made Premier League player in the coming seasons. 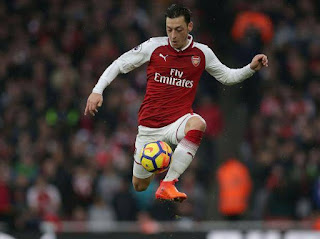 Arsenal finally opened talks with Mesut Ozil's representative last month over a contract extension but the German star has yet to make a decision on his future, as per reports.

The Gunners are confident that Ozil will not sign a pre-contract with a foreign club in January, with Alexis Sanchez and Jack Wilshere in the same position as their contracts also expire in the summer.

Talks over a renewal for Ozil were put on hold back in February last year due to the uncertainty surrounding manager Arsene Wenger’s own contract situation. However, when the Frenchman renewed his deal by a further two years at the end of May, there was no decision taken to resume talks with any of the aforementioned trio.

The club didn't put their first formal offer on the table to Ozil's representative until December - a delay of almost 10 months - while Wilshere has also yet to be offered a contract , despite Wenger claiming there is a difference in financial terms between club and player.

Barcelona, Paris Saint-Germain and Manchester United have all shown varying levels of interest in Ozil, who has four goals and five assists in 17 Premier League games this season. 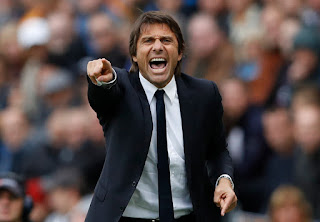 Chelsea manager Antonio Conte claims he will be understanding of players who want to leave the club in search of more playing time ahead of the World Cup in Russia, but does not believe the Blues are in a position to lose players without replacements coming in.

The comments suggest that Conte will not stand in the way of the likes of David Luiz and Michy Batshuayi should either of them decide they would like to go in search of greener pastures.

Luiz has been hampered by injury this season but has also fallen down the pecking order at Chelsea, losing out to Andreas Christensen, and Batshuayi has started just two Premier League matches this term.

"I was a player, I will understand if someone is worried about the World Cup," he said. "I will understand, at the same time it’s very important to keep players very happy to stay here, to work with us and I think this must be our priority

He added: "Our squad is not big and for this reason I think it’s impossible to send on loan one player or to sell one player if we don’t take another player.”

Conte is also keen to keep players on staff who are happy with their place at the club, insisting that unhappy players lead to a poor dynamic in the dressing room and can have a negative impact on the team. 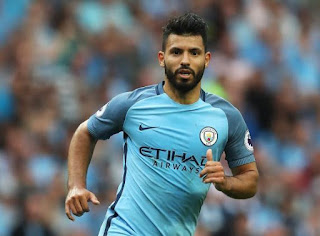 Sergio Aguero has again suggested all is not well at Manchester City, echoing his claims from 12 months ago that his employers will soon decide his future.

The Argentine has echoed his sentiments from February of last year when he first suggested his employers would have to decide his future.

Reports state that Aguero is unhappy with his treatment by City boss Pep Guardiola , as he believes he is being forced out by the Catalan, though he is determined to stay at the Etihad Stadium.

“I have until 2020, I think,” he said after Tuesday's 3-1 defeat of Watford, in another suggestion that his contract situation is far from clear even to those in the know.

“The truth is that I hope to see out my contract and I’ll try to do my best from here until the end of the season, and after that we will see what happens with me.”

Asked if he wants to stay, he replied: “Yes, for me yes. Obviously my plan is not to change clubs. The truth is I’m very happy here, but as always, as I said before, the club has the last word, they’re the only ones who decide, because obviously the club is the one who makes the decisions, they are the ones who say you have to go or have to stay, so I’ll respect whatever they tell me.”