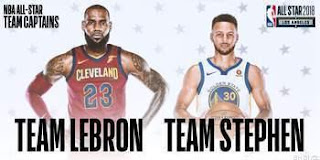 Cleveland Cavaliers forward LeBron James and Golden State Warriors guard Stephen Curry led All-Star voting in their respective conferences and will serve as the captains for the All-Star Game next month.