- January 10, 2018
Kevin De Bruyne believes Alexis Sanchez would "add something to the team" if he joined Manchester City. 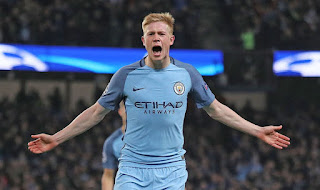 Sky in Italy are reporting that City already have a financial package in place for the 29-year-old, should he choose to leave Arsenal when his contract expires in the summer, with his potential contract worth £13m a year in wages, and he will earn a £30m signing-on fee.

Arsene Wenger insisted on Tuesday that Arsenal had not received any offers for Sanchez in January but speculation over the Chile international's immediate future persists and De Bruyne appears confident Sanchez will become a City player sooner or later.

"[He is] a very good player. Obviously we will see what happens in this transfer period," De Bruyne said.

"If a good player comes to us that is better, if he doesn't come we do it with the team we have. We are on a good period already - the whole season. Everybody is doing a good job.

"When he comes he will add something to the team." 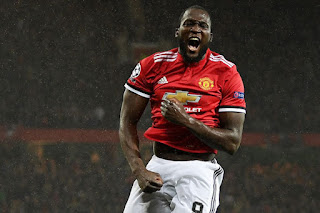 Romelu Lukaku is considering taking legal action against Farhad Moshiri over the Everton owner’s claim that the striker decided to leave the club because of a voodoo message.

Moshiri told Everton’s AGM on Tuesday that Lukaku rejected a new contract last summer because “he had a voodoo and he got the message that he needs to go to Chelsea”. Lukaku was wanted by Chelsea but ended up joining Manchester United.

A representative for Lukaku told BBC Sport: “Romelu’s decision had nothing to do with voodoo. He distances himself from these beliefs and this statement and will now see what judicial steps can be taken in relation to them.”

The representative added: “Romelu is very catholic and voodoo is not part of his life or his beliefs. He simply had no faith in Everton and no confidence in Mr Moshiri’s project. That is why he did not want to sign on any condition. He wanted to make the next step in his career and wanted the security to be able to leave.” 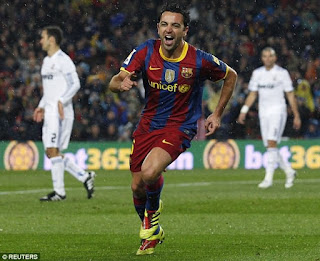 Xavi said Spanish and European champions Real Madrid do not want to play beautiful football like their bitter rivals Barcelona.

"Barcelona is the final exam for a player," Xavi – who now plays for Al Sadd in Qatar – told El Pais. "It is the most difficult club and the most demanding in the world. Madrid do not play so beautifully. At the Bernabeu, if a defender hoofs the ball into the stand it is fine. That is the culture. The fans applaud.

"At the Camp Nou you knock the ball into the stand and the grumbles are so loud it is negative. Since [Johan] Cruyff's time."

Xavi added: "Mourinho's Madrid hit the ball direct over the top. Mourinho told his players never to stop the ball, to play quickly and then [Angel] Di Maria, Cristiano [Ronaldo] or [Karim] Benzema would break. Now they do it with [Gareth] Bale. They don't want to play football." 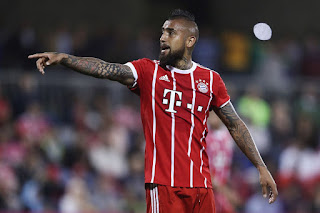 Arturo Vidal insists he is focused on winning silverware with Bayern Munich this season and is ignoring reported interest from Chelsea.

The Premier League champions have been linked with a €37million bid for the midfielder, who worked with Blues boss Antonio Conte at Juventus.

However, although he is aware of the rumours, Vidal says he is concentrating solely on Bayern's treble charge this season.

"Yes, I've heard about it, but I'm fully focused on the season with Bayern and I'm only looking day-to-day," the Chilean said after Bayern's 5-3 friendly win over Sonnenhof Grossaspach on Tuesday, as quoted by Sport.

"We're a great team and we have big goals. We want to win every trophy. That's what my focus is." 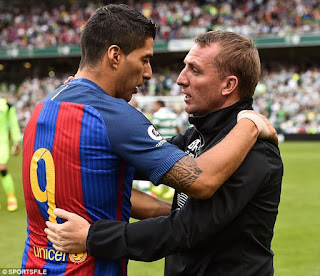 Liverpool almost sold Luis Suarez to Juventus in 2012 before the striker was eventually convinced to remain at Anfield, Brendan Rodgers claims.

The Northern Irishman, now manager of Celtic, coached Liverpool between 2012 and 2015, almost leading them to the Premier League title in 2013-14.

Rodgers built that team around Suarez, who enjoyed his best-ever campaign on Merseyside, scoring 31 goals in 33 league games.

In an interview with The Coaches Voice, he said: “I think at Liverpool, you always feel you can hang on to your best players, because you have such an iconic club, an institution worldwide.

“When I first went in there, Luis was destined for Juventus, and we were able to talk him round into staying, telling him that the team would be built around him and his qualities.

“Second season, we obviously had the Arsenal connection. Then he went on to have his best season and then that following season we couldn't keep him."