Chris Brown Hurt Over Rihanna Pregnancy Rumors: ‘That Should Be My Baby’ 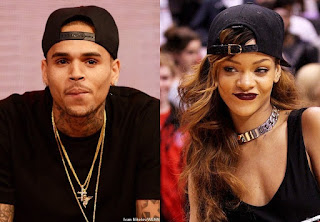 "Chris is angry, hurt and kind of heartbroken after hearing Rihanna was looking pregnant at the Grammys. They were each other’s first real love and he still misses her. Chris always had high hopes for their future together and even though there are only rumors that she could be pregnant with some other guy’s baby, he is still pretty upset and sad to hear about it. He feels like that should be his baby. He always hoped it would be him having a family with Rihanna and he regrets how things ended between them," a source close to Chris spilled.

Who'd have thought Chris Brown, 28, was still so hung up on Rihanna, 29. But sometimes it takes a huge milestone like a potential pregnancy for feelings to resurface again.

Obviously, Rihanna has not yet confirmed or denied the rumors, but fans went into a tizzy, following her sexy performance of “Wild Thoughts” with DJ Khaled and Bryson Tiller during the 60th annual Grammy Awards on Jan. 28. Fans thought Rihanna was dancing more “delicately” than usual, and they accused her of looking like she had gained a bit of weight.