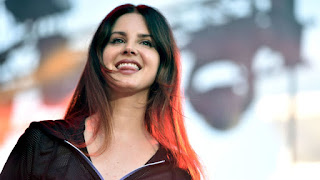 Radiohead are suing Lana Del Rey over similarities between her Lust for Life song “Get Free” and their 1992 hit “Creep,” Lana says. After reports of legal action emerged earlier today, Lana Tweeted, “It’s true about the lawsuit. Although I know my song wasn’t inspired by Creep, Radiohead feel it was and want 100% of the publishing - I offered up to 40 over the last few months but they will only accept 100.” See the tweet below. The credits for “Get Free” currently list Lana Del Rey, Rick Nowels, and Kieron Menzies as co-writers. Pitchfork has reached out to representatives for Lana, Nowels, and Menzies for further comment. Representatives for Radiohead offered no comment to Pitchfork.

It is currently unclear who filed the lawsuit, the members of Radiohead or their publishers.

Following the release of “Creep,” Radiohead were allegedly sued over the single’s similarities to the Hollies’ 1974 song “The Air That I Breathe,” written by Albert Hammond and Mike Hazlewood. After an out-of-court settlement, Hammond and Hazlewood were listed as co-writers of “Creep.”

Was Lana really inspired by 'Creep'? Here are links to both songs: