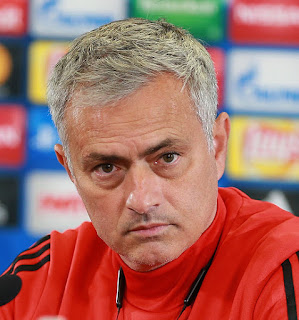 Jose Mourinho has hinted Manchester City pulled out of trying to sign Alexis Sanchez as they thought he would opt for Manchester United instead.

City had made Sanchez a top target in the August transfer window, missing out on a £60million deal for the forward when Arsenal failed to bring in Monaco's Thomas Lemar as a replacement.

Although City looked in pole position to sign Sanchez when the window reopened in January, they pulled out, reportedly citing financial concerns over the proposed cost of the transfer, with the Chilean in the last six months of his Arsenal contract and set to become a free agent at the end of the season.

But Mourinho - who extended his United deal to 2020 on Thursday - indicated he does not believe City's insistence that money was the major factor in them pulling out of the race for Sanchez's signature.

"Alexis reminds me a little bit of the metaphor - when you see the tree with amazing oranges at the top of the tree but cannot get there," Mourinho told reporters.

"You say, 'Oh, I got the lower ones because I don't like the ones at the top'.

"But you do like the ones at the top. They're so nice, so orange, so round, so full of juice. But you can't get there.