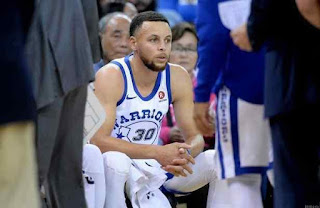 The Golden State Warriors have a significant crack in their championship foundation. Yet, they do not believe that foundation has shattered.

Warriors guard Stephen Curry will miss the final 10 regular-season games and possibly the opening of the playoffs, the team announced Saturday after an MRI confirmed a Grade 2 MCL sprain in his left knee. Curry was injured in Friday’s night victory over Atlanta when teammate JaVale McGee tumbled into him.

The Warriors ruled Curry out for at least three weeks, which marks the same day the NBA playoffs start (April 14). The Warriors will have clarity on Curry’s postseason availability when they reevaluate him then, but he could return as early as in the first round.

“You also keep it in perspective,” Warriors coach Steve Kerr said before the results were available. “It could be a lot worse.”