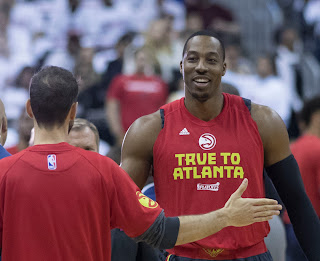 Dwight Howard continued to etch his name in the Charlotte record books, scoring 18 points and bringing down a game-best 23 rebounds in the Hornets 102-98 victory over the Mavericks on Saturday in Dallas.

Howard set the franchise’s all-time, single-season rebounding mark, passing Larry Johnson’s 899 boards as Charlotte picked up its third-straight win. Kemba Walker scored a game-high 24 points and came up big for the Hornets on both ends of the court in the fourth quarter to help secure the win.