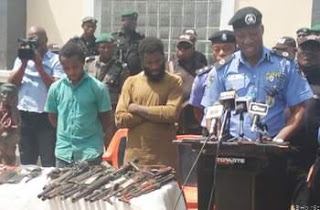 Police in Lokoja said on Wednesday that the two suspects that named Sen. Dino Melaye as the supplier of guns to them had escaped from custody. The Commissioner of Police in the state, Mr Ali Janga, disclosed this at a press conference in Lokoja. Janga said that the two suspects, Kabiru Seidu alias Osama and Nuhu Salisu alias Small, escaped at about 3:21 a.m. at the A Police Division in Lokoja where they were being kept in lawful custody.

According to him, four other suspects escaped along with Seidu and Salisu, bringing the total number of fleeing suspects to six. He said both Seidu and Salisu escaped on Wednesday when they were supposed to be arraigned before a Lokoja Federal High Court alongside Melaye and Mr Mohammed Audu who was also named by the suspects as their sponsor.

The commissioner identified Aliyu Isa , Adams Suleiman, Emmanuel Audu and Musa Mohammed as four other suspects that escaped from custody. 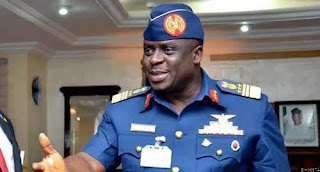 The Economic and Financial Crimes Commission (EFCC) said the sum of $115,000 was recovered from the residence of Nigeria’s former Chief of Air Staff, Air Marshal Adesola Amosu, who is currently facing trial for over alleged fraud of N22.8 billion.

Mr. Tosin Owobo, an investigator with the EFCC, told the court that the $115,000 was recovered in cash from Mr. Amosu’s house along with N2.4 billion bank drafts. He also said the sum of N383m was recovered from Amosu’s wife.