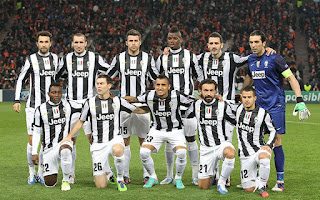 Massimiliano Allegri's preparation for the Champions League quarter-final against Real Madrid has not exactly gone to plan, with several of his players suffering injury issues.

Already the Italian coach knew that he wouldn't be able to count on Medhi Benatia or Miralem Pjanic, as both players were booked against Tottenham and must now complete a yellow card accumulation suspension.

Then there was the news that Alex Sandro had picked up an injury on Brazil duty, one which saw him fly home and which is expected to rule him out of the first leg against Los Blancos.

Giorgio Chiellini similarly had to leave the Italy camp early due to a thigh injury, although he does still have a chance of making it.

The Turin based club even stated that his injury is "not serious", but Allegri doesn't yet know for certain if the defender will be available.

As if that wasn't troubling enough, Sami Khedira then went down holding his knee in Germany's 1-1 draw with Spain.

Like Chiellini, calm was urged and the German took to social media to tell fans the issue wasn't serious.

If, however, both Chiellini and Khedira join Sandro, Benatia and Pjanic on the sidelines then five of Juventus' likely starters will be ruled out.