Star guard Devin Booker signed a maximum contract extension with the Phoenix Suns on Saturday worth a reported $158 million over five years.

“We are thrilled to announce this contract extension with Devin,” Suns general manager Ryan McDonough said in a statement.

“‘Book has been a pillar for the Suns franchise ever since he arrived in Phoenix in 2015. Devin and the team both wanted to extend his agreement with the club as long as we possibly could.”

Booker, 21, said he was “humbled and honored” to make a long term commitment to the Suns.

“Thank you to the Suns for drafting me and believing in me,” he said.

Through his first three seasons with the Suns, Booker has averaged 19.8 points, 3.5 assists and 3.3 rebounds in 208 games.

On March 24, 2017, Booker scored a franchise record 70 points at Boston, becoming just the sixth player in NBA history to record a 70-point game. 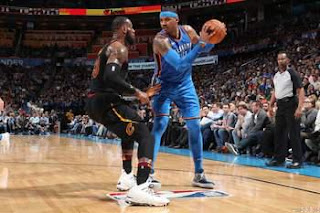 Now that his time with the Oklahoma City Thunder is nearing an end, Carmelo Anthony has the Los Angeles Lakers on his wish list as he makes his next move, Yahoo Sports' Jordan Schultz reported Saturday.

According to Schultz, Anthony is particularly enthusiastic about playing alongside LeBron James, who already agreed to a four-year deal with the Lakers at the start of free agency.

the Thunder are looking to work with Anthony's representatives to make his exit from Oklahoma City as smooth as possible. The team has three options to jettison the 10-time All-Star: trading him, using the stretch provision or buying out his contract and stretching that figure over three years.

Wojnarowski and Young reported the Lakers, Houston Rockets and Miami Heat are all likely to "express interest" in acquiring Anthony.

Were he to move to Los Angeles, it would continue what has been a somewhat puzzling offseason for the team.

In receiving a commitment from James, the Lakers snagged the biggest fish on the free-agent market. They followed up by agreeing to one-year deals with Lance Stephenson and JaVale McGee, The team also confirmed it signed Rajon Rondo and re-signed Kentavious Caldwell-Pope.

With the addition of James, the Lakers are now in title-contending mode, but they have done little else to actually become a serious threat to the Golden State Warriors.

Signing Anthony wouldn't change that, either. He shot a career-low 40.4 percent from the field in 2017-18, and the Thunder had a minus-14.3 net rating with him on the floor in the playoffs, according to NBA.com.

One could argue Anthony's arrival would leave Los Angeles more vulnerable to an early postseason exit next season. 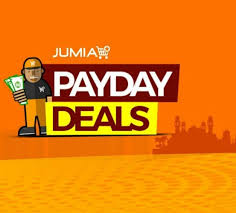