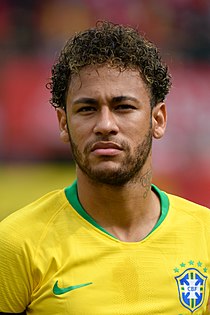 The 26-year-old feels PSG paid over the odds for him, but says he has always wanted to be seen as a "special" player.

"I'm not proud of the transfer fee, nor of the fact I'm the most expensive player ever," he said. "That's just money and nothing else. I cannot help it. Personally, I would have paid less for myself. I always wanted to be special. That was my goal very early - actually from the moment I started playing football for a club. That was at the age of 11. It may sound clumsy, but from then on I've tried to get better every single day and get to my best."

Neymar impressed in the French capital in his first year until an injury brought a premature end to his campaign.