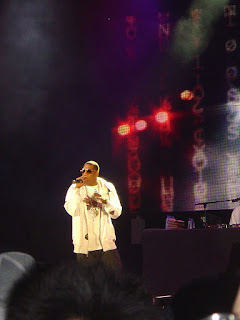 The undisclosed deal, is reportedly worth around £1 million a year, will see Arsenal partner with the global music and entertainment platform which is available in 52 countries and is part-owned by artists including Beyonce, Kanye West, Rihanna and Usher.

The Gunners' new partnership with their official music streaming partner Tidal will see content created between up-and-coming artists and has been launched with a playlist devised by Arsenal stars Hector Bellerin, Danny Welbeck and Reiss Nelson.

Jay-Z has previously been pictured at Emirates Stadium alongside fellow Tidal owner and Coldplay star Chris Martin, while Rihanna is another fan who was given a tour of the ground