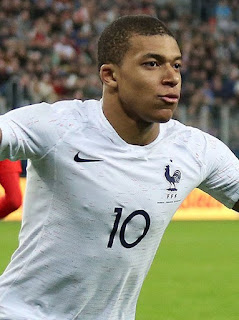 Kylian Mbappe upstaged Lionel Messi as France recorded a 4-3 win over Argentina in a topsy-turvy last-16 clash to open the knockout stages at the World Cup.

Teenager Mbappe was in devastating form in the heavyweight clash in Kazan, scoring two second-half goals to bring Argentina's tumultuous campaign in Russia to an end.

The Paris Saint-Germain forward's surging 70-yard burst also led to the opener after 13 minutes, Antoine Griezmann slotting home from the penalty spot after Mbappe had been hauled down by Marcos Rojo.

Yet Argentina turned the game around to go ahead, Angel Di Maria's stunning long-range strike before the break followed by Gabriel Mercado's fortuitous effort early in the second half.

However, Benjamin Pavard matched Di Maria's effort with an outstanding equaliser in the 57th minute before Mbappe took centre stage, securing Didier Deschamps' side a place in the quarter-finals, where they will play either Uruguay or Portugal.

Messi – who will face questions over his international future in the aftermath of the defeat - did set up a late header for Sergio Aguero but it was not enough to save Argentina, with the beaten finalists from 2014 slipping out of this year’s tournament.


Kylian Mbappe’s two goals not only proved the difference in France’s 4-3 victory over Argentina in the World Cup round of 16 , they also put him alongside arguably the greatest ever to play the game.

The teenager turned heads across the world with his blistering pace in the first half, running past Argentina defenders on a counter and earning a penalty when Marcos Rojo pulled him down in the area.

He would win a dangerous free kick later in the first half and then finally found the back of the net in the second half.

With the game tied 2-2, Mbappe used his skill on the ball to play himself into space in the area off a deflection. Then he turned on his pace to beat the defence and free himself up for a chance on Argentina goalkeeper Franco Armani. He buried the chance to give France the 3-2 advantage.

That goal was momentous enough for Mbappe, who became the first teenager to score two goals at a World Cup finals since Michael Owen did so for England in 1998.

He would score a second goal to make it 4-2.

No teenager had managed a brace in the World Cup in 60 years. The last one who did so, back in the 1958 World Cup, was Pele. 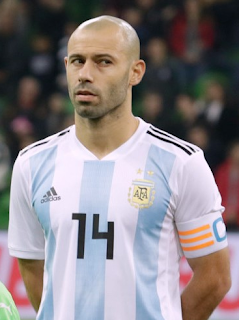 Javier Mascherano made World Cup history with Argentina against France, but not as he would have hoped after becoming the most carded player in the tournament’s history.

Red and yellow cards were first introduced at football’s showpiece event in 1970. Since then, there have been several infamous incidents involving high-profile players picking up cautions and sending offs.

Among those was Zinedine Zidane’s dismissal for France in the 2006 final, with the former World Player of the Year given his marching orders for a headbutt into the chest of Italy defender Marco Materazzi.

At 34 years of age, Mascherano is unlikely to grace a major finals again, but he has written his own piece of history. In being booked against France, Mascherano took his tally of World Cup cards to seven.

Dele Alli Fit to Play for England Against Colombia 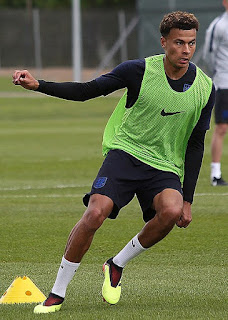 Dele Alli has declared himself fit to play for England in their last 16 clash with Colombia on Tuesday.

The midfielder sustained a thigh injury in the first match of the tournament against Tunisia, and did not feature in the other group fixtures against Panama and Belgium.

Alli has been back in England training for a week and, when asked if he was fit to return to Gareth Southgate's side, he said: "Yeah. Obviously after the injury I was frustrated.

"I've been doing a lot of work and I'm back and ready to go."

Southgate made the controversial decision to make eight changes to the England side for their final group match against Belgium, with both teams having already secured a place in the last 16.