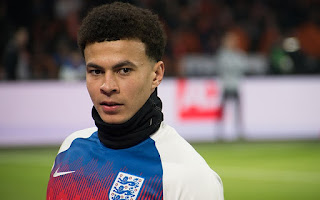 Dele Alli has promised to not fall foul of new FIFA regulations at the World Cup which allow referees to punish players retrospectively for infringements during a match.

The new rules, backed by Video Assistant Referee (VAR) technology, could lead to players being punished at the interval for foul play that went unnoticed during the first half.

Alli, who has come under scrutiny for previous incidents at Tottenham, remains confident he will avoid letting his temper get the better of him in Russia.

"When you're playing the games, you are focused on trying to help the team as much as you can," he said.

"You don't want to put yourself in a position where you could jeopardise everything and lose the game for your team and your country. I'll just be myself, the way I always am."