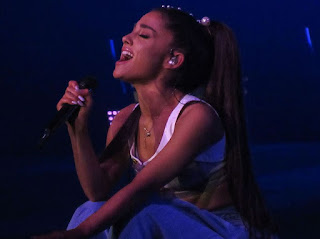 "It's a recent engagement. They're just two people who found love quickly and make each other happy all the time. They both started talking about it this past weekend. It's nothing they've been hiding," says a source close to the couple.

Just over the weekend, Grande posted a pic of her and Pete Davidson, captioning it: "i am but a pete davidson update acc stay tuned for more."

According to TMZ, Davidson proposed to Grande, who accepted.