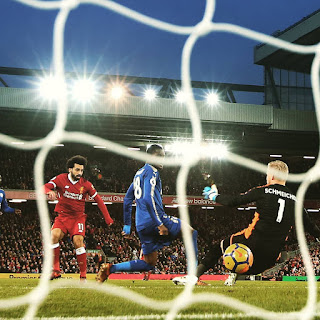 Fourth-placed Liverpool are now unbeaten in 12 Premier League matches, a run that owes much to the brilliant Salah.

The Egypt forward now has 23 goals in all competitions this season – more than the total mustered by eight Premier League clubs – and his inspiration was needed after a shaky start.
Virgil van Dijk, who will replace Salah as Liverpool's record signing when his £75million switch from Southampton is completed, looked on from the stands as some abject defending allowed Jamie Vardy to score for the seventh time in his past five outings against the Reds inside three minutes.

Claude Puel's side, who remain eighth in the standings, were subjected to relentless waves of attack for their trouble and, although they held out manfully until the break, a deserved Liverpool win was sealed by Salah 14 minutes from time. 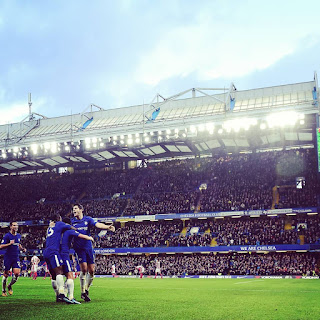 Chelsea moved into second place in the Premier League with a comprehensive 5-0 victory over a much-changed Stoke City side at Stamford Bridge.

Mark Hughes opted to make six changes for Saturday's clash with one eye on their meeting with Newcastle United on January 1, and his under-strength side were swept aside.

Antonio Rudiger and Danny Drinkwater put the hosts 2-0 ahead inside the opening 10 minutes as a thrashing looked in the offing.

When Pedro added a third midway through the opening half it became a question of how many Chelsea would score, although they were relieved to see Mame Biram Diouf's effort disallowed.

Chelsea took their foot off the gas in the second half, but still saw Alvaro Morata and Pedro denied by Jack Butland, although there was nothing the Stoke goalkeeper could do with Willian's late penalty.

Davide Zappacosta added a fifth in the 88th minute with a drilled effort from outside the area.

Alexis Sanchez is desperate to leave Arsenal in January and is hoping to force through a move to Manchester City, as per reports.

It is also understood that the Gunners are ready to cut their losses on the 29-year-old, as it has become clear to his coaches and team-mates that he has no desire to stay at the Emirates Stadium for much longer.

Alexis was furious when a £60 million move to City collapsed in the final hours of the summer transfer window. 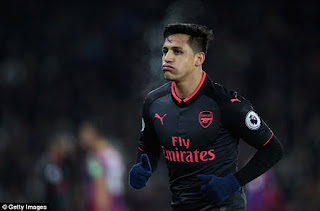 City are prepared to wait until next summer to sign the Chilean on a free transfer, with Pep Guardiola keen not to disturb the balance of his forward line.

But it is the increasingly bitter atmosphere in the Arsenal dressing room which may force City’s hand.

Sources have indicated that Felicevich, his agent, has been in touch with senior City officials in the past few days to make the case for a January transfer.

While City are ready to wait, Alexis is not. The Chile international’s anger at his failed move has barely subsided and he has cut a frustrated figure throughout the season. 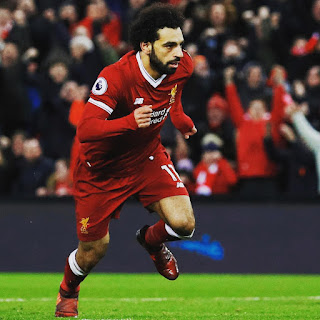 Mohamed Salah has tied a Liverpool record by scoring his 23rd goal of the season before New Year's Day.
The Egypt international continued his prolific start to life at Anfield by scoring both goals in Liverpool's 2-1 win over Leicester City on Saturday.

That brace brought Salah to 17 goals this Premier League campaign, and 23 in 29 matches in all competitions before the new year - equalling a Liverpool record he now shares with Roger Hunt.

The 25-year-old is leading the way for a Liverpool side that also set a club record on Saturday with 77 goals through 30 matches in all competitions this season.

That haul bests the team's previous record for goals at this point in the season as a top-flight club, set when the Reds scored 75 times through their first 30 matches of the 1980-81 campaign.

Alexis Sánchez was at the heart of a dressing room bust-up after Arsenal’s away win against Burnley last month and the tensions between the forward and some of his team-mates – which have simmered for some time – were laid bare during the club’s victory at Crystal Palace on Thursday night.

Sánchez was involved in a well-documented confrontation with Laurent Koscielny at Arsenal’s training ground last March, on the eve of the visit to Liverpool – a game for which Sánchez would be dropped – and the divisions in the team were there for all to see in the 3-2 win against Palace.

Sánchez scored twice but five of his outfield team-mates did not celebrate his first goal with him. Koscielny, Héctor Bellerín, Sead Kolasinac, Calum Chambers and Jack Wilshere. Sánchez appeared to gesture in surprise at the lack of celebrations around him. When Sánchez scored his second, Koscielny did not move from his spot inside his own half. The rest of the team did follow Wilshere – who had made the goal – over to the away enclosure where Sánchez was celebrating.

The Burnley flare-up on 26 November was not physical but it involved Arsenal players calling out Sánchez over what they have come to consider as his bad attitude. He was told in no uncertain terms that the team were tired of his on-field histrionics; the way he sometimes whirls his arms in frustration when things go wrong. 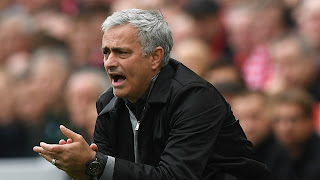 City are currently top of the Premier League, 15 points clear of second-placed United, and are yet to lose in domestic football.

"You think the club can put here now £600 million and let's buy six players of £100 million? The club cannot do that," he said in an interview with United's official website .

"I cannot expect the club to do that, so it's not critical and you can see how the market is, especially with the top teams. But, you know, without taking any credit away from Manchester City and Pep [Guardiola] and his staff and the players, they obviously have lots of credit in what they are doing. But Pep arrives, he has the goalkeeper of England [Joe Hart], he doesn't like him so he buys the goalkeeper of Barcelona [Claudio Bravo], he doesn't like him so he buys another one [Ederson]. Now he likes."