Man city makes it 17 in a row after a dominant display against Bournemouth at the Etihad stadium, city outstanding record was set at 16 before the game, the citizens started the game with a string of attack with Kevin de Bruyne and David silva orchestrating things at the middle of the pack. The citizens sure of have that stability and confidence going forward. 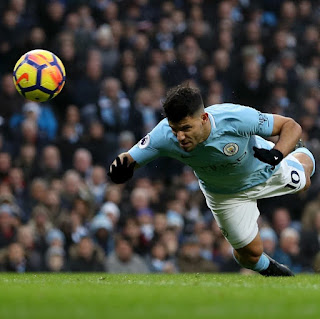 City did find that much needed breakthrough through Sergio aguero after a nice ball flown into the box from Fernandinho, City dominant display continued all through the game with the table toppers adding to their tally after the first-half break.


This win sees city remain unbeaten after the first half of the season and loos like the Title is surely going to the blue side of Manchester.

Manchester United manager Jose Mourinho believes his team are being "punished" with their fixtures during the Christmas period.

United have a trip to Leicester City in the Premier League Saturday to begin what is a hectic period of five games in 14 days. 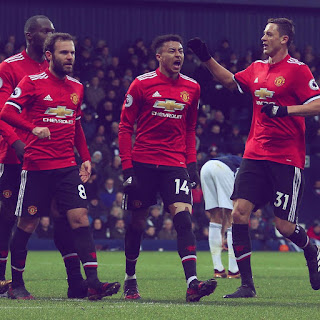 Mourinho feels his team are among several being hurt by the fixtures, which will see United play four league games in 10 days.

"We did the simple objective study on that and there is a big gap, a really big gap between some clubs and other clubs."

Mourinho points to the lines between the teams and says that, while he doesn't feel he'll ever get the best of fixtures, the league could at least give his side a mid-level schedule. 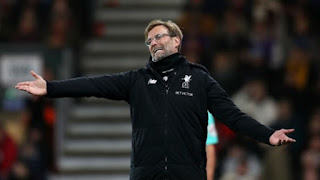 Roberto Firmino's late equaliser earned Liverpool a point in a thrilling 3-3 draw against Arsenal, after the hosts had come from 2-0 down to lead 3-2 at the Emirates on Friday Night Football. 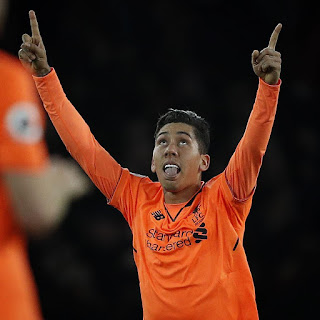 The Gunners scored their three goals in a crazy five-minute period when Liverpool's defence capitulated.

Klopp was left frustrated by the individual mistakes made by Joe Gomez and Simon Mignolet, calling their problems at the back "obvious".

He said: "We had five minutes where we had obvious problems, that's how it is. Individual problems.

"In this case, it's not about the team defending as when the ball is in the box it's at least a 50-50 and a misjudgement. It's a misjudgement for the second goal and we were too deep for the third goal. It was too easy.

"Then after the five minutes we reacted and deserved the point. It was the minimum we deserved." 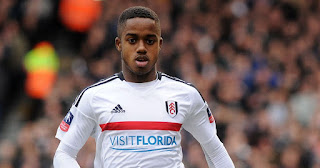 Sessegnon, 17, who finished as joint-top scorer at the European Under-19 Championship in June with three goals, has been tracked by United’s scouts for some time and has also attracted interest from Tottenham and Real Madrid.

The European champions have watched the defender on several occasions this season and are understood to be monitoring his situation, while Spurs had a bid potentially worth more than £20m with add-ons rejected in the summer.

Despite usually operating as a left-back, Sessegnon is also capable of operating further up the field and has gained a reputation as one of English football’s brightest attacking talents. He became the became the first 17-year-old to score a hat-trick in the top four divisions of English football since Dele Alli when he inspired Fulham’s 5-4 victory over Sheffield United in November. 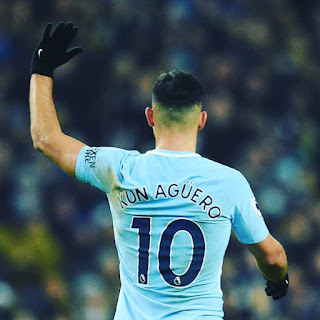 Sergio Aguero is once again discontent with life under Pep Guardiola at Manchester City, according to reports.

Sources close to Aguero have made it clear that he believes Guardiola is treating him unfairly, and that the Catalan will ultimately force him out of the club.

Aguero, who became City's all-time leading scorer this season, feels his past achievements and his efforts to adapt his game over the past year are being taken for granted, and he believes the former Barcelona and Bayern Munich coach is using any opportunity possible to force him towards the exit door.

Those close to Guardiola insist he has no issue with Aguero, and insist the Argentine is prone to mood swings when left out of the side, as many strikers are.

Indeed, part of the reason City will not try to sign Alexis Sanchez in January is because Guardiola is happy with the efforts of Aguero and Gabriel Jesus in the No.9 role.

However, it remains the case that Aguero is convinced he is being pushed out.

It is a repeat of the situation which bubbled away behind closed doors for much of last season, one which had seemingly been resolved. 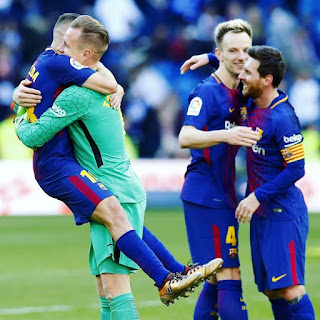 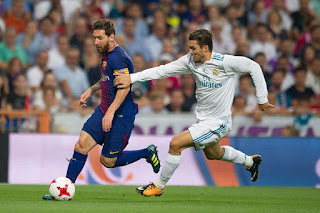 A phenomenal second-half performance from the Blaugranes saw them score three against Zidane's men and go 14 points ahead of their rivals in the league table. With that win, Barcelona for the first time in their history won three consecutive La Liga Clasicos at the Santiago Bernabeu.

Real Madrid were the dominant team in the first half and had the better of the chances. CR7 missed a glorious opportunity around the 30' mark when he failed to make contact with a low cross from Marcelo. He was unmarked and bang in front of goal. Benzema hit the post a little later with a glancing header. Paulinho forced two good saves from Navas at the other end before the break. 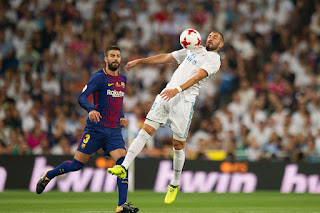 After the interval, Barca started as the better team and took the lead through a flowing move. Rakitic ran at the defenders and put the ball through to Roberto who passed it to Suarez inside the box. The Uruguayan just couldn't miss and gave his side the lead. An hour into the game, it got worse for the hosts as Dani Carvajal was sent off for a direct handball from a Pualinho header. Lionel Messi took the penalty and doubled Barca's lead. Towards the end Alex Vidal provided the icing on the cake with a injury time goal. 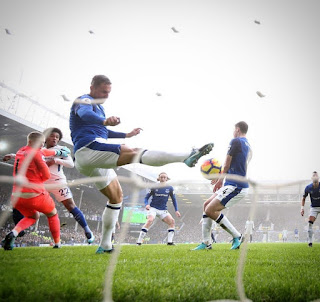 Chelsea failed to make the most of their superiority as they were held to a 0-0 draw at Everton in the Premier League on Saturday, with the hosts extending their unbeaten run to seven across all competitions.

Antonio Conte's men were looking to open a six-point gap ahead of fourth-placed Liverpool after their entertaining 3-3 draw with Arsenal on Friday, but ultimately Chelsea could not successfully break down Sam Allardyce's stubborn Everton. 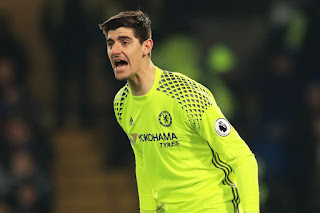 Thibaut Courtois has been offered a package that will see him earn around £200,000-a-week at Chelsea, reportedly.

The Blues shot-stopper has been offered around twice his current wage, but he has yet to agree terms as uncertainty remains

Chelsea's latest offer is an attempt to show him that he's valued at the club, while they are also trying to extend Eden Hazard's contract, which currently has two-and-a-half years to run.

Cavani⭐ Believes That The Attacking💥 Trio At PSG🗼 Can Still Improve👍 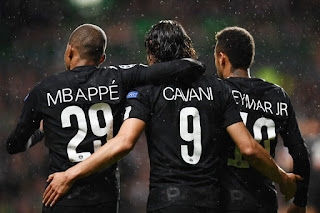 With 58 goals in 19 league matches, the trio are well on course to lead their side to triple digits, and the Uruguayan says they're not at their peak
Edinson Cavani has warned defences across France and Europe that the best is yet to come from Paris Saint-Germain's thrilling frontline.

With 58 goals in 19 league matches, the trio are well on course to lead their side to triple digits, and the Uruguayan says they're not at their peak
Edinson Cavani has warned defences across France and Europe that the best is yet to
come from Paris Saint-Germain's thrilling frontline

Man Utd♦ Target 💪Cristante: 🔈'EPL Is Perfect👌 For Me' 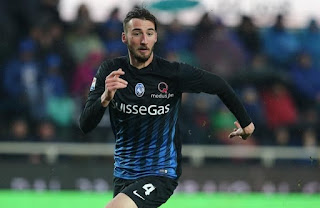 He has played 21 times for Atalanta so far this season and has scored eight goals, having moved to the club on loan from Benfica.

“So many people tell me: ‘The Premier League is the perfect place for you,’ and I agree with them. It’s physical, there’s a lot of tackling and open football. I can really see myself there,” he said. “I was told at the end of a youth tournament that there were some Chelsea scouts there to watch me. The Premier League was a dream then and it’s still a dream now, just as I hope it will be a reality in future, although I don’t know when."