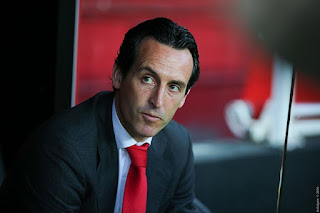 The Arsenal boss will leave the Gunners at the end of the season and the Ligue 1 champions' boss wouldn't be surprised if he returned to France.

Unai Emery is among the names to have been linked with Arsenal, with PSG expected to replace him at the end of the season following their failure to reach the latter stages of the Champions League.

"He is a reference for the world of football and us coaches. He has given inspiration to this sport," he told a news conference.

"Every year, a dozen coaches meet in Nyon and Wenger is a reference for all of us. He has always spoken well of me.

"I have great admiration for him as a person and as a coach. He has the quality and the experience to coach the best teams in the world, like PSG."