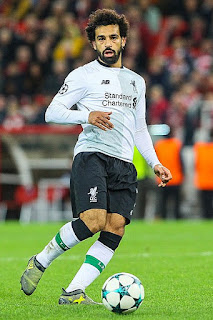 A deft finish brought the former Roma ace level with some famous names although there was ultimately disappointment for Jurgen Klopp's side
Liverpool star Mohamed Salah has equalled the likes of Cristiano Ronaldo and Thierry Henry's record for Premier League goals in a season.

The Egypt international star netted his 31st of the campaign on Saturday, the second for the Reds in their fixture away to West Brom.

The attacker clipped a neat shot into the net after being set up by Alex Oxlade-Chamberlain to push Jurgen Klopp's men two goals clear at the Hawthorns, though the match finished