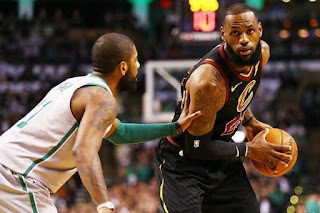 The Cleveland Cavaliers will defeat the Boston Celtics if they meet in the NBA playoffs this year because LeBron James would not be able to fathom losing to Kyrie Irving, according to ESPN commentator Stephen A. Smith.

"There is no greater negative that can happen to LeBron James this year than losing to Kyrie Irving,” Smith told ESPN’s First Take. "And this is why I said Cleveland is coming out [as winners] of the East."

"LeBron James cannot lose to Kyrie Irving this year. I ain't talking about next year when Gordon Hayward comes [back from injury]. Lose to the [Washington] Wizards in the first round, it wouldn’t be as bad. Lose to Toronto, it wouldn’t be as bad. If LeBron James loses to Kyrie Irving, he will not live that down. They are not losing to Boston," he said. "I believe that of all the years that LeBron has been in this league, this is the closest we will ever see to him being Jordan-esque in a series against Boston and Kyrie Irving because he has to, he has to right now." 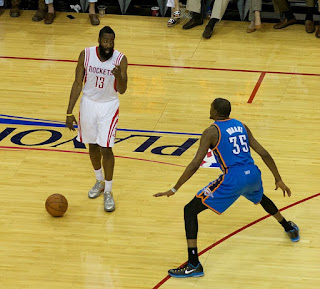 Entering this season, Kevin Durant got ejected just twice in 10 seasons. This year, he has been assessed 14 technical fouls and has been ejected five times (and counting).

Therefore, it’s safe to say that he has behaved differently on the court this season, particularly with officials.

Although he seemingly doesn’t have a concern about the ejections, many in the NBA community have expressed theirs. Hall of Famer Charles Barkley was the latest analyst to weigh in on the situation and, per usual, he didn’t hold back in his criticism.

“Well, Kevin is interesting because he used to be one of the nicest, nicest guys in the world,” Barkley said on ESPN’s Get Up. “When he went to Golden State he’s trying to prove something to people, I think. He’s a great player and a great guy, but it seems like when people turn against him he (lets) it really affect him. … He’s turned into a totally different person. … He’s become a pain in the butt, to be honest with you.”

Since KD left Oklahoma City for Golden State, he has seemed to take on a villainous role across the league. After staying calm last season, he has expressed himself in a completely different fashion this year.

“He changed his entire personality the last couple of years,” Barkley said on ESPN Radio a couple of months ago. “He’s mad at the world … and for some reason when people turned on him for leaving Oklahoma City, he completely changed his personality.”

As someone who defended Durant and applauded his play earlier in the season, it was surprising to hear Barkley reverse paths and criticize him for his recent outbursts.

ames Harden is the "leader in the clubhouse" when it comes to winning this year's NBA most valuable player (MVP) award, according to Golden State Warriors guard Stephen Curry.

Harden is among the leading candidates to win the award this year as his average of 30.6 points, 8.8 assists and 5.4 rebounds per game has helped the Houston Rockets clinch top place in the Western Conference with a current 62-15 regular season record with five games remaining.

But Curry, who won the MVP award unanimously in 2015/2016, still believes Harden is the favorite when it comes to the vote.

"Every year there's storylines that you can kinda gravitate towards in the MVP race and what not," Curry told CBS Sports' Bill Reiter on Monday, as quoted on CBS Sports. "And obviously this year you got James [Harden] who's been leading the charge all year, you got that Houston team playing at a high level, and he's taken his game to another level, so it's been fun I guess to watch the teams play against him. I think he's the leader in the clubhouse when it comes to the vote."

"But you got Anthony Davis, LeBron's been playing amazing, if injuries could be taken off there's guys on our team that are playing well too. It's one of those things. The NBA's in such a great place with talent all across the league, and guys playing at historic levels. So can't make a wrong choice, but I obviously feel James [Harden] is the leader in the clubhouse on that front," he said. 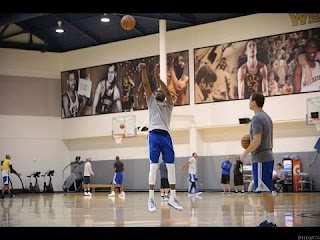 Klay Thompson is somewhat of an enigma. At times he seems aloof, while others he’s completely switched on. Nevermind missed dunks in China, Thompson has slipped into the shadows even more so now that Kevin Durant is with the Golden State Warriors.

That’s what makes this story even better.

According to Durant, Thompson missed practice the day before he went off for 60 points in three quarters against the Indiana Pacers.

Even more hilarious is the reason: Thompson slept through practice.

“Don’t know what happened,” Durant said. “I think he said, like, ‘Man, I was an hour late, two hours late. I was like, I might as well just stay in bed.’ And he came out and had 60. I was like, this guy, if everybody in the world was like Klay the universe would be better.”