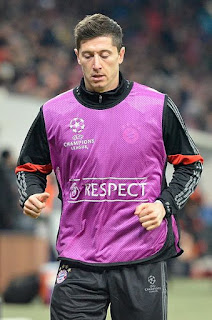 The Bayern Munich boss says he cannot compare his star striker and the Real Madrid superstar, saying they are different types of players.

"I do not think you can compare these types of players," he said. "Robert Lewandowski is a player who plays in front of the opposing goal, especially with his back to the opponent. He is always attacked and this is one of the big strength of a striker who plays in this position."

Heynckes went on to describe the differences between the Portugal international and his Poland counterpart, praising the recent performances of Ronaldo.

"Cristiano Ronaldo is a player who often plays on the left side and moves between the lines," he added.