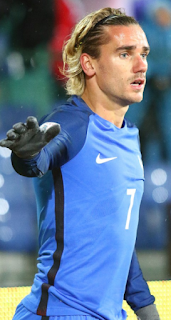 Samuel Umtiti has revealed that he is happy at Barcelona and suggested he is trying to convince Antoine Griezmann to join him at the club.

Reports have claimed Barca are keen on a summer deal for Atletico Madrid star Griezmann, and that they are set to go head-to-head with Manchester United for the Frenchman's signature.

Jose Mourinho has previously been quiet over Griezmann being a transfer target for the Red Devils, revealing last summer when quizzed about the forward that Ed Woodward knew the players he wanted to sign.

And with links to Barca continuing, Umtiti has revealed that he has been talking with his France international team-mate about the club, predicting that coach Ernesto Valverde will have to play with six attackers if Griezmann does join.

He continued: "With Griezmann, I put myself in agent mode! It's true that we talk a lot about it, but it was just to know what he thinks of Barca. If he comes, we will play with six attackers!" 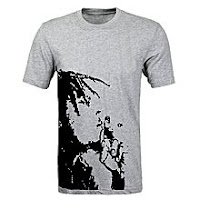 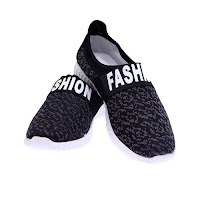 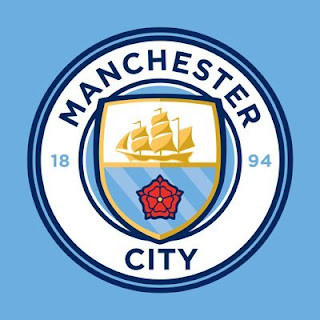 Manchester City can become the first side in Premier League history to clinch the title with five games to spare if they beat Manchester United on Saturday.

Pep Guardiola's side are 16 points clear of their local rivals ahead of the Etihad Stadium encounter, putting them on the brink of an historic success.

In the 1999/00 campaign, Manchester United became the first team to win the Premier League title with four games to spare.

Arsenal's Invincibles were the next side to win the Premier League title at the same juncture, famously clinching the 2003/04 crown.

Manchester United's win in 2012/13 was also at the same juncture while Chelsea have also landed the title with four games to spare. 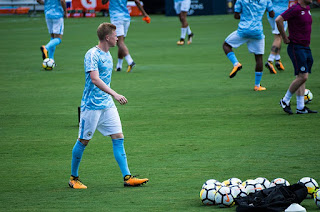 Kevin De Bruyne is relishing the prospect of Manchester City clinching the Premier League title by beating bitter rivals United next time out.

Saturday's comfortable 3-1 win at Everton left City on the brink of lifting the trophy after a stellar campaign in Pep Guardiola's second season at the helm.

While United have been second for most of the season, City have looked nailed on to secure their first league title under Guardiola for many months now.

And, fittingly, three points in the Manchester derby at the Etihad Stadium on Saturday will be enough to finally put it to bed and end United's forlorn chase, giving City fans bragging rights in more ways than one.

"To make it [win the title] against United would be special," said De Bruyne. 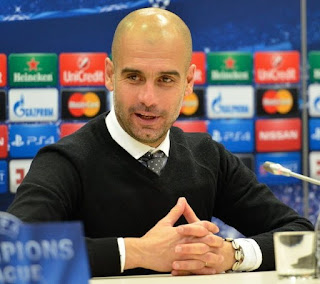 Pep Guardiola has told his Manchester City players that he is willing to make significant changes for next Saturday’s Manchester derby, despite the fact that they will be confirmed as Premier League Champions if they beat their rivals at the Etihad Stadium.

Guardiola is prioritising both legs of the Champions League quarter-finals against Liverpool and is ready to field a weakened team against United in a bid to keep his squad fresh.

The Catalan revealed following Saturday’s victory at Goodison Park that all of his decisions over the next 10 days will be made with both games against Liverpool in mind.

And that is a message he pressed home during a meeting with his squad at City’s training ground on Sunday morning, stressing to them that they need to be fully focused on the full 180 minutes against the Reds.

Sources close to Guardiola have apaprently told that he is desperate to reach the Champions League semi-finals this season, and it is believed he told several specific first-team players that they will be rested against United if the European tie is in the balance after Wednesday's first leg. 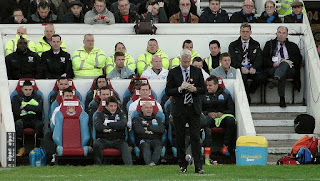 Alan Pardew has been relieved of his duties as West Brom manager, leaving the club sitting bottom of the Premier League table.

The manager arrived at the Hawthorns in late November to replace Tony Pulis, but could do little to turn the situation around, as a win over Brighton in January was the only one he recorded in his 18 Premier League matches.

Saturday's loss to Burnley was West Brom's ninth in a row in all competitions, leaving them seven points adrift of nearest strugglers Stoke City and a full 10 points from escaping the relegation zone.

With six games left to go, the club and coach have agreed to cut ties to make a change in personnel and increase their slim chances of survival.

"West Bromwich Albion and Alan Pardew have agreed to mutually part company today following discussions between both parties," the English side confirmed by a statement on their website on Monday.

Conte won the Premier League last season in his first year at the helm, but his second season at the club has been far more challenging.

Following a 3-1 loss to fourth-place Tottenham on Sunday, Chelsea find themselves eight points off the pace in the race for the final Champions League spot with just seven games left.

And Conte has clashed with Chelsea management over personnel decisions, with the Italian unhappy with a perceived lack of support in the transfer market.

Vialli, who played with Conte at Juventus and is now a television pundit, believes that the 48-year-old is just waiting for his time at the club to end.

“He can’t stand that they sell or buy players without consulting him. The truth is, Chelsea would like a manager who is more of a club man.”