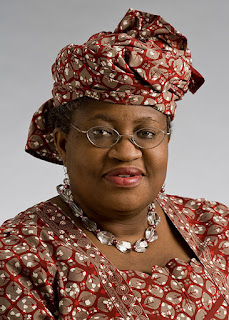 Former Minister of Finance Ngozi Okonjo-Iweala is to explain how about $250million of the $500million recovered from the family of the late Head of State, Gen.Sani Abacha, was withdrawn, The Nation learnt yesterday. The cash was released to the Office of National Security Adviser( ONSA) without appropriation. About $36,155,000 (N13,015,800 billion) out of the $250million was also withdrawn in cash “without any purpose” on March 2nd, 9th, 16th and 18th of 2015.

The Acting Chairman of Economic and Financial Crimes Commission (EFCC), Mr. Ibrahim Magu, has approved Mrs. Okonjo-Iweala’s invitation. A letter of invitation has been sent to her. According to a fact-sheet obtained by The Nation last night, detectives probing the whereabouts of the $500million have recommended that the ex-minister be interrogated.

A top source said: “Following preliminary findings, a strong recommendation was made to the Acting EFCC chairman for an interactive session with Dr. Ngozi Okonjo-Iweala. Magu has approved the invitation of the ex-minister. We have dispatched a letter of invitation to her. We are hopeful that she will respond." 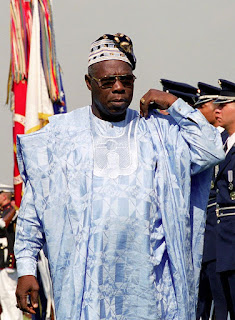 Former President Olusegun Obasanjo has again criticised the administration of President Muhammadu Buhari, maintaining that the government has failed. The former president said this on Monday when he received members of the New Nigeria group at the Olusegun Obasanjo Presidential Library in Abeokuta, the Ogun State capital.

“The first lesson I learnt in my military training is never reinforce failure; what we have now is failure. Never you reinforce failure, let failure be failure,” he said. Obasanjo had on Tuesday (January 23, 2018) issued a 13-page statement, criticising President Buhari’s performance and calling for a new movement to salvage the country from its challenges.

He had also warned the President against seeking re-election, alleging that the present government has failed in one of the areas it pitched as its ‘key point of action’ when it assumed office – the anti-corruption fight. President Muhammadu Buhari, on Monday, described the death of the South-African anti-apartheid icon, Winnie Madikizela-Mandela as a huge loss to Africa. The ex-wife of South African anti-apartheid fighter and former president Nelson Mandela, died on Monday in a Johannesburg hospital at the age of 81. President Buhari in a statement signed by his special assistant on Media and Publicity, Garba Shehue described Winnie as “a courageous woman and a huge loss to Africa.”

“She was a woman of uncommon determination, steadfastness and perseverance who held aloft the torch of the struggle against institutionalised discrimination even while her ex-husband, the late Madiba, President Nelson Mandela was incarcerated. “She remained a pride not only to the African woman but indeed all Africans,” Buhari said.

The President, therefore commiserated with the family of the deceased, the government and people of South Africa, urging them to be consoled by the knowledge that the late Winnie Mandela’s contributions to ending apartheid will not be forgotten. 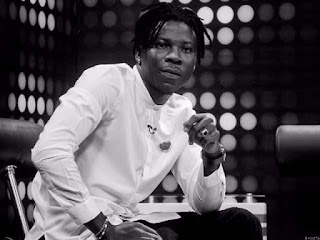 Nigerian artistes do have a wider reach on the world music market but they “always pick up an inspiration or two” from Ghanaian artistes, says Dancehall artiste, Stonebwoy. The ‘Mama’ act made the claim in a recent interview with OkayAfrica.com.

“The state of Ghana music is at a growing stage still, where it's competing with the super eagles of Nigeria, so to say [laughs]. But all the same, it’s very, very interesting because regardless of Ghana’s stance on the globe when it comes to Afrobeats, Nigerians always pick up an inspiration or two from us.” retorted Stonebwoy on the competition between Ghanaian and Nigerian music.

Afrobeats artiste, Mr Eazi, who started his music career in Ghana, was at the receiving end of stinging criticism by Nigerians late last year when he suggested in an interview, Nigerian artists were using the Ghanaian sound for hits. In early 2017, he was at the receiving end of a vicious backlash from Nigerians where he tweeted: “Ghana’s influence on present-day “Naija Sound” cannot be overemphasised!!!” 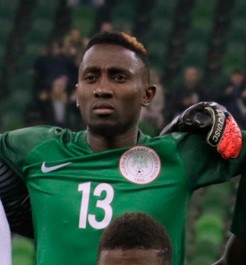 Amid reported interest from English Premier League top sides, Wilfred Ndidi has played down speculations regarding his Leicester City future.

Since moving to the King Power Stadium outfit in January 2017, the Nigeria international has been a pivotal part of the team, producing top-notch performances on a consistent basis.

He has played 35 games this seasons.

"I don't think about this," Ndidi said. "Any move to a bigger club will take care of itself if I keep doing my thing. Claude [Puel] is always making sure everyone knows what their target is and what we have to do. As quiet as he is, he knows what he is doing. He is not just talking to us on the pitch, after the game we have to know what mistakes we made and what we should've done.

"Anything is possible with Leicester, even qualifying for the Champions League again. Why not? We won the league, so anything is achievable in the minds of the players."