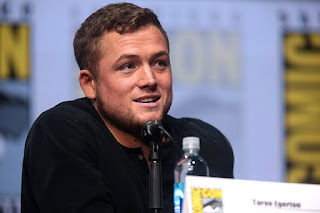 Taron Egerton is set to play the role of a young Elton John in the upcoming biopic Rocket Man! The 28-year-old British actor will sing Elton's songs in the film, which will follow "his days at the Royal Academy of Music to his rise on the rock 'n' roll scene of the 1970s and '80s and his recovery from drug and alcohol addiction in the '90s to international superstardom," according to THR. Elton and his husband David Furnish are producing the movie with Kingsman director Matthew Vaughn. Dexter Fletcher, who Taron worked with on Eddie the Eagle, is directing the movie. Listen to Taron sing the Elton song "I'm Still Standing" below, thanks to the animated movie Sing!