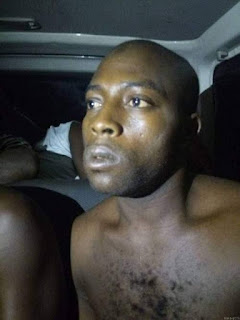 Kabiru Seidu a.k.a Osama, the last of the suspected criminals linked to Dino Melaye, a Senator representing Kogi West was allegedly planned and coordinated their escape from Police cell with the aid of some Nigeria Police officers at the Special Anti-Robbery Squad in Lokoja has been rearrested.

Osama was one of six suspects who broke jail last week, others include Nuhu Salisu a.k.a Small, Aliyu Isa, Adams Suleiman, Emmanuel Audu and Musa Mohammed they all escaped from ‘A’ Division of Special Anti-Robbery Squad (SARS) detention in Lokoja in Kogi state, where they were being held pending their court appearance with Mr. Melaye who was also been declared wanted by the police.

Kabiru was arrested in Bauchi on Sunday night and has since been taken to Abuja by police detectives. Police sources said they've now arrested all the jailbreakers who colluded with Senator Melaye to destabilize Kogi state. Since the rearrest of the criminals a few days ago, Melaye has not said a word although he gave the Inspector General of Police, Ibrahim Kpotun an ultimatum to produce the fleeing criminals during a Senate plenary last week. 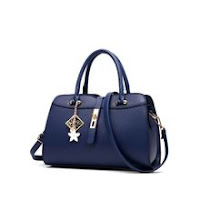 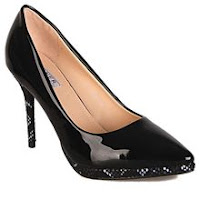 A former aide to former President Goodluck Jonathan, Reno Omokri, has slammed the Federal Government and the Minister of Information and Culture, Lai Mohammed, over the two lists of alleged looters released by the administration. The Minister had on Sunday circulated a statement containing a fresh list of 23 individuals undergoing trials for alleged corruption.

But in a statement titled The Real Looters List That Buhari and Lai Mohammed Do Not Want You To Know About, Reno Omokri, listed names of looters under the President Muhammadu Buhari.

As it has become common in recent years, the Federal Government spent more than it earned in the last fiscal years due to a combination of factors, IFEANYI ONUBA writes The Federal Government recorded a fiscal deficit of N2.14tn in its operations in the 2017 fiscal period, figures obtained from the Central Bank of Nigeria have revealed. The figures are contained in the fourth quarter Economic Report of the apex bank, which was obtained by our correspondent in Abuja.

A fiscal deficit occurs when a government’s total expenditure exceeds the revenue that it generates, excluding borrowings. An analysis of the report showed that the fiscal deficit for the 2017 financial year was lower than the N2.19tn recorded in 2016. The report put the total retained revenue of the Federal Government during the period at N2.76tn, while the expenditure was put at N4.9tn, resulting in the overall operational deficit of N2.14 tn.

Investigations showed that the deficit was financed through domestic and foreign borrowings, including the issuance of government securities. Further analysis of the report showed that while the Federal Government earned N554.63bn in the first quarter of 2017, it incurred an expenditure of N1.34tn, resulting in a first-quarter deficit of N782.96bn after the addition of primary deficit of N158.8bn.

A female resident doctor of the Federal Medical Centre Umuahia, the Abia state capital, has been confirmed dead as a result of Lassa fever at Irrua Specialist Hospital, after few days of admission.

Confirming the report to Channels Television, Medical Director FMC, Dr Abali Chuku, said that the hospital is collaborating with the centre for Disease Control and Ministry of Health, following the guideline and protocol that includes contact tracing, surveillance and prophylaxis for those she came in contact with while on admission at the hospital.

He hinted that efforts are being made to understand how the doctor contacted the disease. The FMC boss urged members of the public not to panic but to maintain the clean healthy environment.

The Marine 711, registered in Ghana, later arrived at a port at Ghana where the Ghanaian sailors disembarked, according to the South’s Yonhap news agency. South Korea’s military said the pirates had been identified as Nigerians, Yonhap reported. According to the news agency, Munmu the Great, a South Korean warship that had been involved in anti-piracy operations in the Gulf of Aden, had been sent to the nearby sea.

It’s expected to arrive at the destination near West Africa around April 16, carrying some 30 SEAL members. The pirates have not yet demanded a ransom in return for the release of the abducted sailors. ‘We are closely coordinating with local countries including Ghana, Nigeria, Togo and Benin as well as the US and the EU to locate our nationals and secure their release,’ the foreign ministry said.