- October 19, 2018
Pogba can Look Lackadaisical but he’s a football genius’ 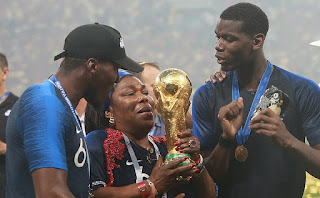 The former Manchester united Defender wants to see more from the world cup star after he’s heroics in the world cup with country lifting the trophy for the second time.


Paul pogba can ‘’look a lit bit lackadaisical’’ , admits Gary pallister, but the Frenchman is a good footballer with brains, some consider him genius’’ with-match-winning quality for the Red devils. Ever since completing an 89 million pounds return to Old Trafford in the summer of 2016, the Midfield dynamo has seen his every move been analysed in every detail. His on-field performances have often been deemed to fall below standard expected of him, while his behaviour away from the field has drawn loads of debate as those on it, such inconsistency can’t be put on only the midfielder, with everything to be blamed on the whole team, but since the team solely depend on his creativity, the responsibility will be solely shift to his side.

Pallister want to see more from the world cup star, the former Manchester united defender want to solely see more from with the Red devils having some  poor performances this season, Pogba is a world class star check out his individual brilliance against Wolves was something of pure class laying that ball to Fred was something of brilliance, seeing that from him means having that same kind of performance, maybe we will not be having this conversation of his  incident off the pitch, while more his demand of Pogba, the same can be said off Chilean star Alexis Sanchez, The formar Arsenal and Barcelona star man has struggled for form has Mourinho endeavours to find the right role for him . Pallister said I was absolutely buzzing when we signed him from Arsenal shows he his a world class Talent, but for some reason he has not shown his performance that made him scored loads of goals for Arsenal, even Alexis knows he has been below par from what people know him for when he was with the Gunners .

Pallister said I think he will turn it around and score goals and excite the fans, its about getting the balance right and we will see the best of him.
With The Red devils matching up with the blues this weekend, with the blues who have been in a scintillating form .we should be expecting a cracker. 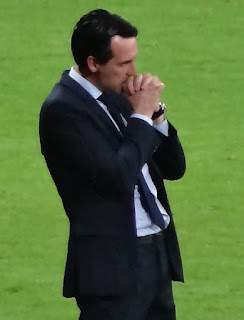 The New Gunners boss dodged questions about Aaron Ramsey’s Arsenal future and did little to reassure the wales international he is wanted at the Emirates Stadium .
Ramsey has enjoyed a decade at the North London club after joining from Cardiff city as a teenager, the welsh international came through the ranks with the former Gunners boss Arsene wenger giving him the opportunity to be one of the bright prospect for the Arsenal team.

A disastrous injury to Aaron ramsey against Stoke city brought scare whether he could feature for the gunners again after over a year on the sidelines , the welsh midfielder was able to fight the scare with one of his stellar season coming the season the gunners won the FA cup for the first time after 9 years drought . he was voted the Arsenal player of the year by his team- mates.

The Arsenal midfielder said he thought he has signed new a new deal only for the club to withdraw the offer. When asked about the possibility of Ramsey departing when the transfer window opens, Emery said. ‘’ for me January is far away.

All on my players head is the game coming up on Monday upmost focus will be needed , I want my player to have the mentality to prepare and together we put our best performance
Emery was not conclusive when asked if Ramsey could yet end up staying with the Gunners

He added. ‘’Its the same, my answer. My focus is on every match; the football. The future is tomorrow.
‘’My reason, I explain to every player and to you also, I want the mentality for the next match. Individual things are not for me to speak about now.’’ 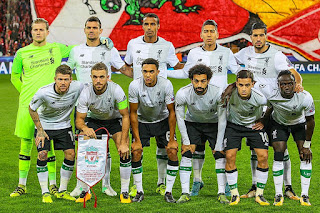 Liverpool have received a potential boost ahead of Saturday's visit to Huddersfield Town as Mohamed Salah, Virgil van Dijk and James Milner all featured in training on Thursday.

The trio were part of the Reds mounting injury worries that began when Milner came off with a hamstring injury against Manchester City and grew increasingly concerning for the club during the international break.

Salah limped out of Egypt’s first game of the international break against Swaziland with a thigh injury, followed by Van Dijk's withdrawl from the Netherlands camp to nurse a rib injury after opening the scoring in the Oranje's 3-0 Nations League win over Germany.

The club released photos of Van Dijk, Salah and Milner taking part in Thursday’s session , indicating they are on the right path.

Van Dijk had been tipped to play by Netherlands manager Ronald Koeman , and there had been reports of Salah’s fitness improving.

AC Milan striker Gonzalo Higuain feels like he was "kicked out" of Juventus after Cristiano Ronaldo's signing in July.

Higuain joined Juve for a reported €90 million from Napoli in 2016 and scored 40 Serie A goals across his two seasons at the club, but his signing failed to be the catalyst for Champions League success some hoped it would be.

Juve turned their attentions to Ronaldo in pre-season and managed to lure the Ballon d'Or holder away from Real Madrid, bolstering their already impressive arsenal.

But his signing ultimately meant Higuain was surplus to requirements, paving the way for the Argentina international to join Milan on loan in August in a deal which can be made permanent at the end of the season.

It was never Higuain's intention to leave Juve , though he insists he holds no grudge towards anyone at the club despite feeling forced out.

"No, mine is a feeling of affection because they treated me very well; team-mates and supporters have given me huge affection," he told Gazzetta dello Sport .

"But I did not ask to leave. Basically, everyone says it, they kicked me out. At Milan I immediately had a great love and so they convinced me.

"Maybe I knew something had broken, and then they took Ronaldo. The decision to leave was not mine.

"I gave everything for Juventus, I won several titles. After Cristiano arrived, the club wanted to make a qualitative leap and they told me that I could not stay and that they were trying to find a solution. The best solution was Milan."

Zlatan Ibrahimovic believes criticism of Manchester United boss Jose Mourinho has become “personal”, with those quick to write the Portuguese off merely jealous of his achievements.

A proven winner throughout a distinguished coaching career, the man at the Old Trafford helm has faced some uncomfortable questions this season.

With his side struggling for consistency and talk of dressing room divides providing an unwelcome distraction, Mourinho is having to fight fires on and off the field.

“I see myself a little bit in that situation because we have our vision, we have our confidence, we believe in things, we say certain things in our own way and of course we get the blame.

“We get criticised more when it’s not going good. But when it’s going good and we win, the satisfaction is bigger than the other ones.

“We are ourselves, we believe in what we do and we do it until the end. That is what is going on there.

“Some critics I feel are personal. Some critics are exaggerating. Some because of the one he is, other ones are jealousy.